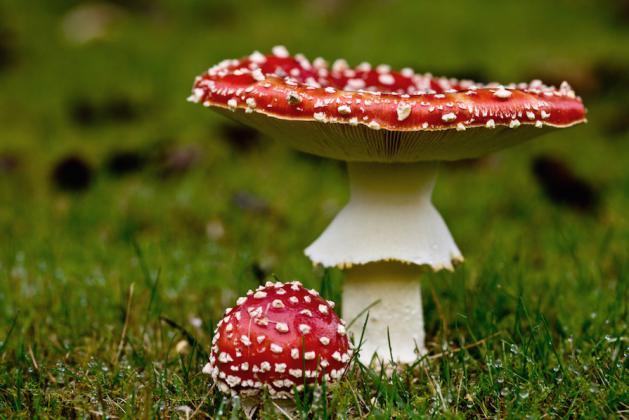 Those who seek to regulate the use of “botanicals” in foods and, especially, in food supplements, want us to believe that “under current EU rules, it is possible for Member States to classify a product, on a case-by-case basis, either as food or as medicine depending on its presentation and the claimed effect. In practice, this means that different Member States can classify the same product in different categories: what is treated as a food in one, can be treated as a medicinal product in another as EU law stands.” [i[

These words were spoken last year by no one less than Vytenis Andriukaitis, European Commissioner for Health and Food Safety, when he announced stakeholder- and public consultations that should permit the Commission to evaluate and solve the aforementioned situation. While the consultations are now in progress, let’s take a moment and see whether “EU law as it stands” does indeed produce cases in which “the same product” can be classified as a food and a medicine due to its presentation and claimed effect.

Contrary to what the Commissioner believes or wants to make us believe, this problem cannot arise under standing EU law. It is a fairy tale. A product that is presented as having medicinal properties falls under the “by presentation” definition of medicine, which is firmly enshrined in the European Medicinal Products Directive. Long ago, the European Court of Justice (ECJ) determined that this definition must be broadly interpreted. So broadly, that even when a reasonably informed and circumspect consumer percieves a product as a medicine, this alone will “ignite” the definition. [ii] In “by presentation” cases, things are absolutely clear. The Medicinal Products Directive applies to such products. In addition to this, in EU’s food law, the use of medicinal claims for foods is expressly prohibited. As EU law stands, there cannot be a “by presentation” product that is classified as a food in one Member State and as a medicine in another.

Sharing his insights with the audience, the Commisioner then continued: “For that reason, the evaluation will also look into whether the general food safety rules in place are sufficient to ensure the safety of botanicals used in foods and how relevant they are in the context of today’s market situation and tomorrow’s potential.” Apparently, the European Commission is intent on solving a non-existing problem by looking into the “sufficiency” of the standing “safety rules” for botanicals used in foods. Well, as EU’s food law stands, the precautionary principle makes it more than sufficiently possible to prohibit a food (supplement) from being marketed on the basis of “scientific uncertainty” concerning its safety. Be it, that quite recently, the ECJ determined that such precautionary measures should not be whimsically taken. They must be based on a solid scientific analysis of the uncertain risk. [iii]

The precautionary principle can also be found in the harmonized (“Article 8”) procedure that Member States should follow when a “botanical” or other substance “other than vitamins or minerals is added to foods or used in the manufacture of foods under conditions that would result in the ingestion of amounts of this substance greatly exceeding those reasonably expected to be ingested under normal conditions of consumption of a balanced and varied diet and/or would otherwise represent a potential risk to consumers.” [iv] After its safety assessment, the “botanical” or other “other substance” can then be authorized (when safe), prohibited (when unsafe) or temporarily put on hold “if the possibility of harmful effects on health is identified but scientific uncertainty persists.”

All this is standing and common knowledge, at least among most members of the food industry. For “botanicals” used in or as foods, the existing rules of safety are strict, clear and unequivocal. They were designed by the European Commission to procure the highest possible level of consumer protection. No additional rule or measure will produce an even higher level of protection. So, why undertake assessing “how relevant they are in the context of today’s market situation and tomorrow’s potential” ? The answer can be found in the Commissioner’s speech, where he said that the evaluation “will give us a clearer picture to enable the Commission to clarify whether – and to what extent – there is a need to harmonise the use of botanicals in the EU. It will also take into account Member States’ current regulatory activities.”

Ah, there we have it. Harmonisation! The magic trick that will solve problems that exist only on the drawing tables of the harmonisers. Harmonisation requires differences between – technical – rules and regulations of Member States that are so serious that they genuinely prohibit the free movement of goods. Lest we forget, the Common Market was successfully begun on the basis of the principle of mutual recognition, whereby Member States accepted each others’ technical rules as providing a sufficient enough level of consumer protection to allow the free movement of goods across borders. However, stubborn unwillingness of Member States to apply this principle to protect national interests and/or bureaucratic idiosyncrasies has given rise to harmonisation. It is this shift from mutual recognition to harmonisation that lies at the heart of the current anti-EU sentiments and the Union’s problems to survive as a political entity. Brexit would not have occurred in a common market based on mutual recognition.

Harmonisation. Cui bono ? First of all, the Commission, who gains more bureaucratic and administrative powers as the “harmonizing” European legislature. Secondly, the hardest and most powerful hitter in the discussions and negotiations that must produce a harmonized system across the EU. This party will seek to “out-harmonize” competing parties. Often, the hardest or most idiosyncratic and stubborn hitter is the same party that creates most of the problems in the field of mutual recognition. Thirdly, harmonisation escapes the immediate control of the national “public eye.” Brussels is the perfect venue for lobbying and insider dealing.

So, while stakeholders have and the public will split their brains over filling in the nebulous, lengthy and highly complicated consultation-surveys, no reasonable and knowledgeable party will need more than a couple of minutes to conclude that there is no problem and that, even if there were a problem, that problem should best be resolved by telling the problem-maker(s) to stop their trouble-making and pay due respect to the principle of mutual recognition.

To his credit, the Commissioner did mention the genuine problem in his speech. That problem has absolutely nothing to do with trade barriers, free movement of goods, safety, botanicals, or national authorities who mistake foods for medicines. Mr. Andriukaitis correctly observed that: “on the one hand, under the Nutrition and Health Claims Regulation, clinical studies are required to allow health claims for botanicals used in food,” while “on the other hand, therapeutic indications for traditional herbal medicinal products can be solely based on a demonstration of traditional use.” Yes indeed, this, Mr. Commissioner, this is the problem and it cannot be solved, as you say, by posing “questions about the fairness and coherent treatment of botanical substances.”

No coherent – read “harmonized” – treatment of “botanicals” is required. What is required is that the Commission shows the resolve and the courage to propose an amendment to the Health Claims Regulation or that it informs the European Food Safety Authority that it may apply the principles the Authority already applies in assessing claims on essential nutrients in the assessment of evidence that substantiates the traditional use of foods. ([v] This, and only this, will solve the discrepancy between the Medicinal Products Directive and the Health Claims Regulation.

Article 367
When did you stop beating your wife !?!?
Article 339
Who owns our Health ?
Article 205
The Source from which Sprang the United States of America …
Article 235
And there was no one left …
© 2016 Health Claims Censored