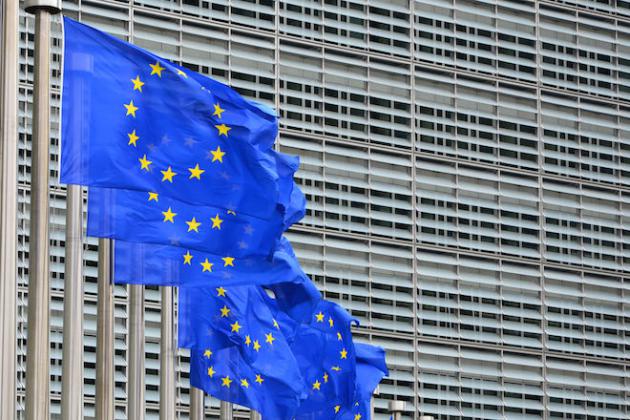 Who owns our Health ?

Most people in Europe are completely unaware of the fact that the health information on the food products they consume is censored, controlled and issued by the European Bureaucracy. The European Union censors the vast body of knowledge concerning our traditional and experiential knowledge about the benefits of what we eat and drink as well as the information that has been steadily produced by the scientific community ever since “science” began taking an interest in our food’s health effects.

Consumers don’t have any idea that “food business operators,” i.e. the companies that make and make available our daily food, are no longer the source of the information concerning the benefits of the foods we consume. The Union controls practically all the information that food-producers may share with their costumers and that, vice versa, these customers may receive from the manufacturers. However, in the manufacturer-consumer relationship, the Union is completely invisible as the exclusive source of health information.

Supposedly, “we” have entrusted the European Union with the task of silencing the food industry, i.e. of preventing “us” from hearing what the food industry has to say about its products, and of censoring all the traditional and scientific information that concerns the relationship between our food and our health. Allegedly, the Union’s censoring of the information serves the purpose of helping “us” to make correct, i.e. Union-approved, dietary choices when we are exposed to what the Union describes as the “commercial comunication” that accompanies foods.

Presumably, “we” consider ourselves unfit, incapable and too stupid to make correct dietary choices when “we” link the foods we select to the uncensored information that reaches us via newspapers, magazines, neighbours, books, webpages, friends, tv- and radio-programmes, doctors, journals, dietitians, …. etc. The food industry is not permitted to actively assist us in making the connection between its products and what we know and would like to know. The Union has erected an “iron curtain” between what we know and the Union-approved “commercial” information that food business operators may relay in the marketing of foods.

Who are “we”? Well, the Union figured that “we” are the legal fiction defined as “notional typical consumer.” That fiction forms the yardstick which the Union must apply in performing the censorship and tutelage “we” – purportedly – asked for. After all, so figured the Union in Recital 16 of its Nutrition and Health Claims Regulation (NHCR), “[i]t is important that claims on foods can be understood by the consumer and it is appropriate to protect all consumers from misleading claims. […] In line with the principle of proportionality, and to enable the effective application of the protective measures contained in it, this Regulation takes as a benchmark the average consumer, who is reasonably well-informed and reasonably observant and circumspect, taking into account social, cultural and linguistic factors, as interpreted by the Court of Justice, […]” Not that every one of “we” is “reasonably well-informed and reasonably observant and circumspect,” but, when the Union applies the Regulation’s protective measures, it must keep that notional typical “we” in mind.

When push comes to shove, that benchmark-consumer doesn’t play any role whatsoever in the censoring of the information that is available about nutrition and health. The benchmark that does play the determining role is provided in the NHCR’s Recital 17: “Scientific substantiation should be the main aspect to be taken into account for the use of nutrition and health claims and the food business operators using claims should justify them. A claim should be scientifically substantiated by taking into account the totality of the available scientific data, and by weighing the evidence.” Scientific evaluation, shall thus replace the evaluation that takes as its benchmark the level of knowledge present in the average well-informed, reasonably observant and circumspect consumer.

The “average consumer” benchmark is a legal benchmark that has been developed and steadily applied by the European Court of Justice in numerous cases. It forms a key element in European case law. It existed well before the enactment of the NHCR and offered guidance to the food industry in composing food-labels, -packagings and –advertisements. As a result, it brought consumers an appropriate and proportionate level of protection against nonsense and misleading information. But because the European Union substituted this legal benchmark for “scientific substantiation,” those labels, packagings and advertisements now form an arid, sterile and infertile field where truthful information that well-informed, reasonably observant and circumspect consumers would consider relevant for their health and that of their children may no longer grow.

When food manufacturers may not link their products to the “nutrition and health” information that we constantly receive, store, duplicate, comprehend and relay in our daily lives, it becomes more difficult – if not impossible – for us to make correct dietary choices. The Union’s scientifically and politically controlled labels, packagings and advertisements offer us no clues when we seek to make a dietary choice based on the uncensored and unauthorized information that constantly surrounds us in abundance. The NHCR prohibits us from making correct dietary choices because it ignores and disqualifies what we know and can know about the benefits of foods.

The NHCR fosters incorrect dietary choices because, contrary to what they claim, its authors and supporters did not have the interest of consumers in mind. Driven by their antipathy against “commercial communication” and their libido to dominate and coerce the food industry, they had their attention narrowly and obsessively focused on product-labels, packagings and advertisements. What “we” know about the benefits of foods had to be ignored and deleted from their plans to take control of our dietary choices. What we, as reasonably well-informed, reasonably observant and circumspect consumers, know about nutrition and health has been condescendingly discarded as irrelevant, incorrect, misleading and unworthy of being connected with our foods unless censored and authorized by the European bureaucracy.

The European Union is meddling with our dietary choices and our health in an unprecedented way. In the Charter of Fundamental Rights of the European Union, Article 3 provides with regard to the Right to the integrity of the person that “Everyone has the right to respect for his or her physical and mental integrity.” In the fields of medicine and biology, “the free and informed consent of the person concerned, according to the procedures laid down by law” is one of the principles that must be respected in particular. In the Charter, the Union confirms the ancient wisdom that we are the owners of our physical and mental “person.” Our health forms part of the persons we are. Therefore, we own our health.

The essence of ownership and the right to integrity is exclusion. As owners of our health, we may exclude others from meddling with our health, unless we, as individual persons, give our free and informed consent to another person to cross the borderline that demarcates the integrity of our person. By enacting the NHCR, the Union not only demolished our fundamental freedom to receive uncensored yet truthful and relevant information about the health benefits of foods, it also violated our physical and mental integrity by expropriating us as the owners of our health and placing it under Union-control.

Depriving a person of the ownership in his or her health is the hallmark of slavery. The system of slavery denies that a person has the liberty to exclude another from meddling with the enjoyment of what the European Charter describes as our physical and mental integrity. If we want to reclaim our health and the integrity of our person, we should take aim at the NHCR as the “iron curtain” that prohibits the making of the dietary choices we want to make on the basis of what we know about the benefits of foods.