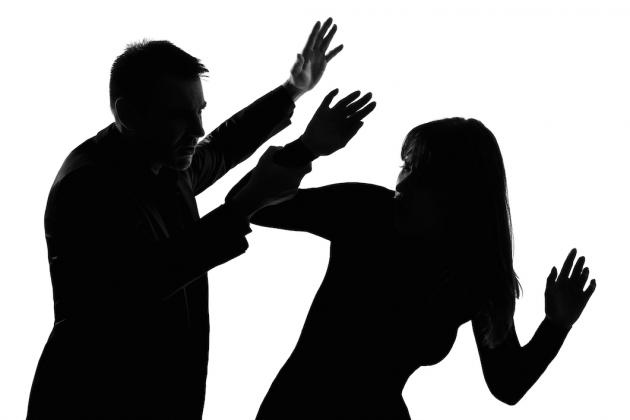 When did you stop beating your wife !?!?

The questions asked in the ongoing “Botanicals” Consultation cannot be answered without implicitly accepting the incorrect premises on which this public consultation is based. The questions are of the type “When did you stop beating your wife,” and they cannot and must not be answered, unless, indeed, you were in the habit of regularly beating up your spouse.

The European Commission outsourced its “Botanicals” consultation to Agra CEAS Consulting, Food Chain Evaluation Consortium – FCEC; in association with Areté. [i] On behalf of the Commission, this consortium informs industry stakeholders that the consultation is an opportunity “to influence any possible changes to the legislation concerning the use of health claims on plant substances in foods (under Regulation (EC) 1924/2006 on nutrition and health claims made on food – the NHC Regulation) and the more general regulatory framework on the use of plant substances in foods.” [ii]

The consulation is framed in such a way that by answering any of AGRA’s questions the respondent implicitly accepts, confirms and acknowledges the false premises on which this consultation is based. In its introduction to the ongoing survey, AGRA obligingly echoes the disinformation that has been disseminated since several years by those who seem to have a vested interest in drastically curtailing the use of “botanicals” in or as foods and the number of health claims that shall acompany them. Apparently, the exercise executed by AGRA serves only one purpose: shaping the political basis for the “harmonization” of the use of “botanicals” in or as foods. Such without specifying what this harmonization would entail.

AGRA invites the respondents of its survey to acknowledge that “Some plant substances can be used as components of various product categories, including foods and medicines. EU countries may decide to classify a product as food or as a medicine on a case-by-case basis. Depending on how products are classified, different rules apply. Consequently, the same plant substance used in the same product may be treated in a different way within the EU.”

While it is practically impossible that the “same product” may be “treated” differently within the EU, that “treatment” does not concern the “same plant substance” embodied in such a “same product.” It concerns that particular product, since the “treatment” can and may only concern individual finished products and may only take place by taking account of all of that product’s characteristics. In that “treatment,” the relevant national authorities must apply fully harmonized rules and regulations concerning medicinal products and the relevant case law developed by the European Court of Justice (ECJ). That “treatment” is not in any way influenced by rules and regulations laid down in EU food law. Vice versa, the “treatment” has no influence on EU’s food law, not even where that food law concerns the foodstuffs loosely defined as “botanicals.”

AGRA also wants the respondents to acknowledge that “The Commission is currently evaluating the issue of health claims on plants added to foods. This evaluation will also consider the more general regulatory framework for the use of plants in foods. In particular the evaluation will be looking into whether the current rules concerning health claims on plants used in foods are adequate, and how the use of such claims interacts with the current applicable food regulatory framework on plants and their preparation.”

The alleged “interaction” is not possible. First of all, in the 2nd paragraph of its Survey, AGRA itself claims that “The use of plant substances in foods is not harmonised in specific legislation at EU level,” and that “Although food products containing these substances are covered by general EU legislation on food, including food supplements, some Member States have adopted specific rules to regulate the use of these substances in foods.” So, the hypothetical interaction between “the use of such claims” and “plants and their preparations” can only occur at the level of “general EU legislation on food” and/or specific national rules that exist in Member States.

Regarding the possibility of interaction between “general EU legislation” and the use of claims, as AGRA itself states, “general EU Legislation” does not specifically concern plant substances in foods. So, there can be no interaction between the use of claims and “botanicals” in the field of “general EU legislation.” Moreover, that use of claims is organized in the Nutrition and Health Claims Regulation (NHCR) and its accompanying regulations and guidances. The NHCR does not address any specific category of foods to which the Regulation does or does not apply. In fact, the NHCR doesn’t apply to foods, but to “commercial communication” which addresses the relationship between human health and “a food category, a food or one of its constituents.” There is no provision in the NHCR which specifically concerns the use of health claims concerning “plants and their preparations.”

In addition to this, in Recital 11 of Commission Regulation (EU) 432/2012, the European Commission clearly and unequivocally established that: “Claims whose evaluation by the Authority or whose consideration by the Commission has not yet been completed will be published on the website of the Commission and may continue to be used pursuant to Article 28(5) and (6) of Regulation (EC) No 1924/2006.” This precludes any “interaction” between the use of health claims and the “plant or herbal substances, commonly known as ‘botanical’ substances,” that are specifically named in Recital 10 of Regulation 432/2012 and to which Recital 11 of that Regulation applies.

Therefore, the use of health claims in commercial communication that concerns “botanicals” still falls under national rules and regulations, and, in that regard, any inter-State problems are problems that must be solved per the rules laid down in the harmonised procedures laid down in EU’s Mutual Recognition Regulation (EC) 764/2008. Any intra-State problems must be solved per the rules and regulations applicable in that Member State.

AGRA also seeks the respondents’ confirmation of its idea that “Currently, the use of plant substances in foods is not harmonised in specific legislation at EU level. The same substance used in the same product may be treated in a different way across the EU, depending on whether the product is classified as a food or as a medicine. We would like to understand whether and how your business operations may be affected by the absence of specific harmonised rules at EU level on the use of plant substances in foods.”

The fact that the use of plant substances is not harmonised in specific legislation has nothing to do with and/or has no bearing on the food-or-medicine classification of an individual finished product. The food-or-medicine classification takes place in the context of the fully harmonized EU Medicinal Products laws and the extensive case law (concerning the classification of products) produced by the ECJ. Any and all (negative or positive) harmonisation of “plant substances” used in or as in foods may only concern the safety of such substances. The use of health claims in commercial communication concerning these and other foodstuffs has been organized (in the NHCR) as specifically concerning that type of food information (“commercial communication”) and does not in any way suggest or imply any “regulatory” relationship between the claim and the food(stuff)’s safety or marketability.

Moreover, as I have written in numerous articles and blogs, “food-or-medicine” classifications that hinder inter-State movement of finished products cannot exist when EU’s Medicinal Products law and the relevant case law are correctly and unconditionally applied. Problems, if any, are always due to the incorrect application of these laws and case law. Therefore, they must be solved by enforcing correct application, if necessary, before a court of law.

The AGRA survey is predicated on the incorrect and false notion that the harmonisation of “botanicals” would solve “food-or-medicine” classification problems. It won’t. It will only lead to a serious curtailment of the use of “botanicals” in or as foods by introducing an unlawful “pharmacological dosage cut-off point” at or above which dosage that use will be prohibited. What the food industry may possibly gain in terms of “traditional health claims,” will be lost when the dosages required for such claims will exceed those required to produce a pharmacological effect. 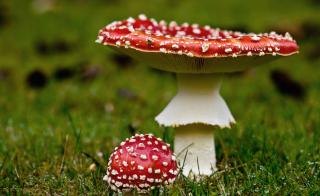