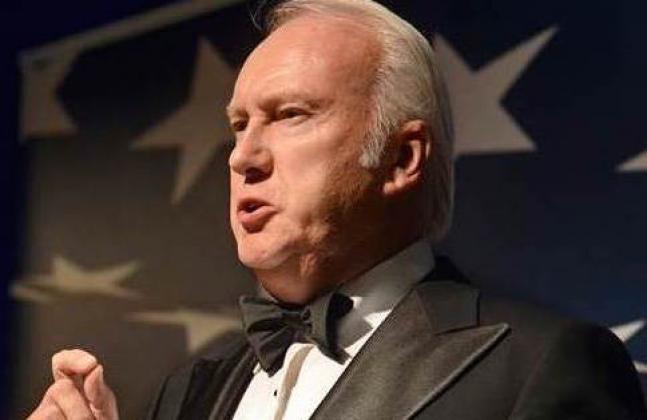 The Source from which Sprang the United States of America …

… is the title of the address that I held in Cambridge, Maryland (US), at the Sacred Fire of Liberty event that took place on 5 and 6 September on the occasion of the 20th Anniversary of the American lawfirm Emord & Associates. What does this address, which concerns the universal importance of America’s Founding Documents, have to do with Europe, with the censoring of health claims ?

Well, it is often said that the European Union suffers from a democratic deficit, that Europe is governed by an unelected bureaucracy, that the European Parliament lacks essential influence on policies and regulations that descend day by day from the high rises located in the center of Brussels, that the powerful Member States use the European Union to protect their interests by pushing harmonization instead of applying the principle of Mutual Recognition, etc. etc.

Because the speech that I held in Cambridge concerned the timeless importance of America’s Constitution and other Founding Documents, it is especially relevant in view of the European Union’s constitutional deficit.

My speech can be seen and heard at here. It reads as follows:
“Good Evening …..

What can I say, after all those wonderful speakers ? My view, of course, is a distant view, because my view is from Europe, from Holland. But, I have always found in your Founding Documents so much truth and so much inspiration, that I hope that I can contribute something, as a Dutchman, to this evening.

Of course, thank you, Jonathan,  [1] for having invited me here. And, tomorrow, I will even get an award for work that basically takes place in Europe, where I am fighting the European bureaucracy, which enacts regulations much worse than the ones you have over here in America.

Now, my father was a newspaperman. Following his professional footsteps, I also worked as a journalist for television, radio and printed media until I began selling dietary supplements.

So, for me, freedom of speech and freedom of thought formed a natural part of my upbringing and the beginning of my professional life. It wasn’t something that I had to worry or even think about. It was a given. It was like water to a fish. You don’t notice it, because it’s your natural environment.

It’s probably for this reason that, once I began my career as a businessman, I experienced as a straightjacket the many regulations that interfere with what one may and may not, and what one must and must not say in commercial communication.

While I had the interests of my potential customers in mind and at heart, I found that I couldn’t say anymore what I wanted to say about my products, because consumer advocates, politicians, non-governmental groups, nannies and bureaucrats claimed to know better than me what I had to say and what was in the best interest of my customers.

While I was busy fulfilling consumer needs, they were busy, in the words of Frédéric Bastiat, to “lay their hands on the law.”

In 1850, the French political economist Bastiat defined the Law as “the organization of the natural right of lawful defense.” The Law is “the substition of collective for individual forces, for the purpose of acting in the sphere in which they have a right to act, of doing what they have a right to do,” which is “to secure persons, liberties and properties, and to maintain each in its right, so as to cause justice to reign over all.”

According to Bastiat, the law is perverted when “under the pretense of organization, regulation, protection, or encouragement, the Law may take from one party in order to give to another, draw from the wealth acquired by all the classes to add it to that of one class.”

Forty-seven years before Bastiat published “The Law,” 56 signatories representing the 13 united states of America agreed in the Declaration of Independence, that no party shall lay its hands on the law to take from one party in order to give it to another.

The States declared that there exist “self-evident truths.” In the original draft of the Declaration, these truths were qualified as “sacred and undeniable.”

In the final version of the Declaration its authors introduced a Creator who endowed us with these unalienable Rights, three of which are explicitly enumerated in the Declaration: Life, Liberty and the pursuit of Happiness.

What makes this part of the Declaration so interesting is that is was written by “men” and that these “men” held that certain sacred and undeniable self-evident truths form an integral part of “man.” In other words, when you see a creature endowed with Life, Liberty and the pursuit of happiness, it’s a “man.

Last but not least, “man” was endowed with the capacity to pursue happiness. This is how the authors of the Declaration of Independence saw and defined “man.”

Most importantly, the Creator of “men” made sure that we’re pretty much stuck with these truths and rights, because, no matter how hard we try, we can’t get rid of them. We can’t seperate ourselves from them, because they’re unalieanable.

Men cannot act other than by making choices. Choice is a self-evident and universal a priori that is inherent in all individuals. Choice cannot follow an act. Choice always precedes the act.

What the overwhelmer often overlooks is that in using force to coerce other individuals into non-consensual relationships, he forfeits his own freedom of choice. By his act to coerce he forfeits his right to resist being coerced by another – “stronger” – overwhelmer. The result is mud, barbarism, warfare, tirrany and the collapse of civilization.

Governments use force while simultaneously maintaining the unconditional right to resist being acted against. For the purpose of exerting unlimited social control, governments claim, construe, defend and apply a monopoly on the use of force.

This is why the State has no other option than to relentlessly maximize its power. To this end, it will always opt for expanding the collective at the expense of the private sphere. The State-as-Totalitarian-Master must inevitably aim at annihilating the individual.

The State and its allies, who seek to lay their hands on the law for personal or commercial benefit or because they seek to establish some utopia, must promote the State as an entity prior to and greater than the sum of its constituent individuals.

The Founding Fathers and their political and philosophical allies held the opposite view, that the State’s legitimacy derives exclusively from the consent of its individual creators. In the Declaration of Independence they explicitly stated that “Governments are instituted among Men, deriving their just powers from the consent of the governed.”

Not all Men agree with the Declaration of Independence. They fear that when individuals exert the unalienable rights they’re endowed with, some individuals will profit less from them than others, so that some will have more happiness than others. In the name of “social justice,” they actively undermine and pervert not only the Declaration of Independence, but the Bill of Rights and the Constitution as well.

Providing, offering and accepting happiness without pursuit, meaning someone else’s happiness, equals criminal behaviour, unless one has the consent of the person whose happiness is being shared. When someone freely choses to share some of his happiness with others, that’s called charity. If it’s not charity, it’s theft.

It doesn’t matter whether someone else or the government did the stealing and whether the stealing was done in the name of social justice. Someone was forced and coerced to surrender part of the happiness he pursued, so that it could be given to someone who did not or failed to pursue it.

Freedom implies acceptance of judgment of choices made and outcomes of activities undertaken. With faith in God and religion, by accepting or knowing “self” as transcendental, come judgment and freedom. It is the freedom that we can’t get rid of, even if we want it, because it is unalienable. He who accepts the promise that judgment can be avoided, forfeits his spiritual self.

This is why the idea that there can be happiness without pursuit not only destroys freedom, but also desacrates the religious foundation of our common and high cultures.

In 1928, Associate Justice Louis Brandeis wrote: “The makers of our Constitution undertook to secure conditions favorable to the pursuit of happiness. They recognized the significance of man’s spiritual nature, of his feelings and of his intellect. They knew that only part of the pain, pleasure and satisfactions of life are to be found in material things. They sought to protect Americans in their beliefs, their thoughts, their emotions and their sensations. They conferred against the government, the right to be let alone,” which Brandeis defined as “the most comprehensive of rights and the right most valued by civilized men.”

The spiritual self is the locus of sacred and undeniable truths and unalienable rights. It is the source from which sprang the United States of America. These truths and rights are “sacred” and those who seek to destroy them are in fact destroying the vision that man is a spiritual being.

The political pillars upon which the United States of America rest were erected in accordance with this vision. That Sacred Vision burns in your founding documents.

Please, let no one extinguish that Sacred Fire.

The question that I’m raising here and now is: Can the Source from which sprang the United States of American also be the Source for a European Constitution ?