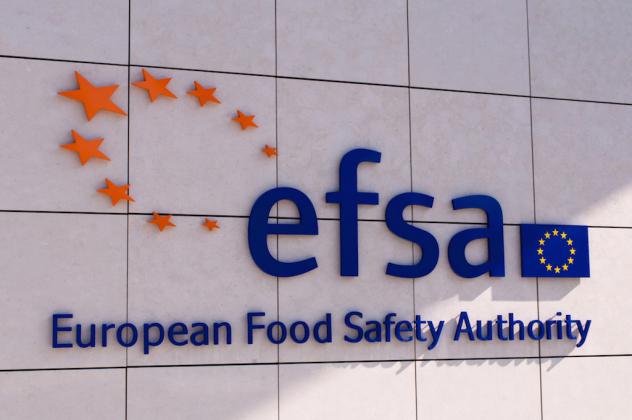 EFSA should assess Health Claims based on Traditional Use

In Europe, scientific substantiation is the main aspect to be taken into account for the use of nutrition and health claims. Food business operators using such claims should justify them. A claim should be scientifically substantiated by taking into account the totality of the available scientific data, and by weighing the evidence. Health claims should only be authorised for use in the Community after a scientific assessment of the highest possible standard. The European Food Safety Authority (EFSA) should carry out such assessments.

This is how, in Recitals 17 and 23 of the Nutrition and Health Claims Regulation (NHCR), European legislators envisioned to ensure a high level of protection for consumers and to facilitate their choice. In EFSA’s most recent Scientific and technical guidance for the preparation and presentation of a health claim application, these Recitals and all the other “health claims” instructions the Authority received from Brussels boiled down to the view that a “scientific assessment of the highest possible standard” means that the available scientific data should be organised in accordance with a rigidly designated hierarchy of study design. [i] This hierarchy can also be found in the Annex to Regulation No 353/2008, in which the European Commission stipulates that “data from studies in humans addressing the relationship between consumption of the food and the claimed effect is required for substantiation of a health claim.”

In paragraph 6.2 of EFSA’s 2016 General scientific guidance for stakeholders on health claim applications, which forms the basis for the aforementioned 2017 Guidance, the Commission’s demands for hierarchy led to the opinion that “[p]ertinent human (intervention and observational) studies are central for health claim substantiation. Pertinent human intervention studies are at the top of the hierarchy that informs decisions on substantiation because it is of utmost importance to show that the food/constituent can exert the claimed effect in humans and that the effect is specific for the food/constituent, an information which can only be obtained from human intervention studies.” [ii] (emphasis added)

Furthermore, EFSA informs health claim applicants as follows: “In assessing each specific food/health relationship which forms the basis of a claim, the NDA Panel makes a scientific judgement on the extent to which a cause and effect is established between the consumption of the food/constituent and the claimed effect (i.e. for the target group under the proposed conditions of use) by considering the strength, consistency, specificity, dose–response, biological plausibility of the relationship and by weighing the totality of the evidence. A grade is not assigned to the evidence.” [iii]

In view of the fact that both the European Union and EFSA apply the aforementioned hierarchy of study design to assign a preferred “grade” to the evidence, EFSA’s assurance that “a grade is not assigned to the evidence,” is rather confusing. By doing what it claims not to do, i.e. by placing human intervention studies at the top of the hierarchy of study design, EFSA not only grades the evidence, but also circumvents its task to assess the totality of the evidence. In case human intervention studies are not available, the assessment of other relevant evidence is deemed unnecessary. EFSA informs: “Efficacy studies in animals and nonefficacy studies in humans, animals and/or in vitro (e.g. evidence for a mechanism by which a food could exert the claimed effect) may be part of the totality of the evidence only if pertinent human studies showing an effect of the food/constituent are available.” [iv] (emphasis added).

In other words, don’t bother us unless you have pertinent human intervention studies …

As we all know, implanting this strict hierarchy of study design in European Food Law seriously backfired when, soon after the NHCR had been enacted, it became apparent that in Article 16 of European Medicines Law, such a stringent approach is waived for traditional medicinal products of which “the pharmacological effects or efficacy of the medicinal product are plausible on the basis of long-standing use and experience.” [v] No such waiver was foreseen for health claims based on the traditional use of foods. The discriminatory discrepancy gave rise to a discussion that was diligently and conveniently mis-framed as one concerning the status of “botanical” preparations in Europe’s Food Law. The problem, however, does not concern “botanicals.” It concerns the discrepancy between the evidentiary hierarchies embedded in EU’s Food Law and Medicinal Products Law. The “botanicals” discussion rests on the supposition that the hierarchy of study design implanted in the NHCR and EFSA’s health claims guidances is the only template that may be applied in the assessment of health claims, to the exclusion of all other evidence when human intervention studies are not available.

Now consider paragraph 6.1 in EFSA’s 2016 General scientific guidance for stakeholders on health claim applications. It concerns health claims “based on the essentiality of nutrients.” EFSA informs: “The general principles applied by [EFSA’s] NDA Panel for the assessment of claims based on the essentiality of nutrients differ from those applied for the assessment of other claims.” According to EFSA, “the essentiality of a nutrient is determined by knowledge of its unique ability to reverse clinical signs and symptoms of deficiency, and/or by knowledge of its essential mechanistic role in metabolic functions.” In view of this, EFSA decided that “[i]n this context, information about the essentiality of nutrients cannot be obtained from randomised controlled trials (RCTs), which are at the top of the hierarchy of evidence for the scientific substantiation of health claims.” The reason being that “RCTs in most nutrient-deficient subjects are unethical.”

EFSA’s approach shows that the Authority considers itself quite capable of assessing health claims for which pertinent human studies (RCT’s) are not available. Apparently, the health claims hierarchy may be circumvented. When it comes to claims based on essentiality, EFSA readily performs assessments of claims based on evidence that is thrown out as insufficient when it comes to assessing claims “other than those based on the essentiality of nutrients.” For example, in the assessment of the “other than those” claims, EFSA firmly rejects “evidence for a mechanism by which a food could exert the claimed effect.” To the contrary, in the assessment of claims based on essentiality, such evidence is welcomed. EFSA informs that for the scientific substantiation of claims based on the essentiality of nutrients, it will consider that “the nutrient is required for normal human body function(s), i.e. it has an essential mechanistic role in a metabolic function.”

Although the scientific substantiation of “essentiality” claims must be based on “a large body of scientific evidence which led to the recognition of the essentiality of a particular nutrient with respect to one or more body functions,” that body of evidence may very well lack the human intervention studies which are at the top of the hierarchy. Moreover, in its assessment of these claims, the NDA Panel even gave up reviewing the primary scientific studies submitted and weighing of the evidence, because “[t]he recognition by the scientific community of the essentiality of individual nutrients, first took place in the early decades of the last century and is based on a large body of scientific evidence, […].”

We would not have tedious, nonsensical and time-consuming political discussions and public consultations about “botanicals,” if EFSA would – be allowed to – do what it is apparently capable of doing.