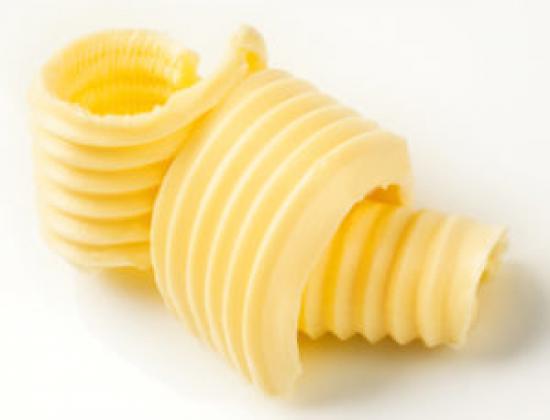 Bias, Ideology and the Profiling of Nutrients

This is the conclusion drawn by Nina Teicholz in her book The Big Fat Surprise, in which she meticulously exposes how the anti-fat scientists and ideologues managed to elevate their unsubstantiated theories to the level of “generally accepted scientific knowledge.” [i] In her book, Teicholz presents numerous serious and respectable scientists who, since the anti-fat train was set in motion by Ancel Keys, pulled the emergency brake by voicing concerns and/or plainly disproving the theory. Although the contra-evidence was steadily ignored and discredited, it remained alive and in remarkably good condition. In fact, it is growing to the point where it will soon topple the generally accepted fat=bad myth. [ii]

Teicholz presents a vast body of contra-evidence that now convincingly demonstrates that the saturated fat is dangerous theories are not so much sustained by science, but by generations of bias and habit. Referring to the latest Guidelines issued in 2013 by the American Heart Association and the American College of Cardiology, she observes that “bias and habit present powerful, if not impenetrable, barriers to change.”

This bias and habit can also be found at this side of the Atlantic. In the Nutrition and Health Claims Regulation (NHCR), the European legislature holds that use of its authorized health claims on “fat foods” shall be prohibited. To distinguish desirable from undesirable food products, “nutrient profiles for food and/or certain categories of food shall be established taking into account in particular: (a) the quantities of certain nutrients and other substances contained in the food, such as fat, saturated fatty acids, trans-fatty acids, sugars and salt/sodium.” [iii]

In the framework of the European Commission’s “REFIT – Fitness Check – Roadmap” project, [iv] a preparatory study is being performed by the Food Chain Evaluation Consortium (FCEC). In a “Working Document,” the Consortium states: “The application of nutrient profiles as a criterion for determining whether a product can bear claims aims to avoid a situation where nutrition or health claims mask the overall nutritional status of a food product, which could mislead consumers when trying to make healthy choices in the context of a balanced diet. Thus, in the context of the Regulation, nutrient profiles consist in maximum levels of nutrients such as saturated fat, salt and sugars above which nutrition claims are restricted and health claims are prohibited.” [v]

In the Questions section of FCEC’s Working Document, the issue whether the list of substances considered “undesirable” – such as fat, saturated fatty acids, trans-fatty acids, sugars and salt/sodium fats – would require a REFIT in light of relevant scientific developments, is not addressed. Still, subparagraph 4.1(vi) of the NHCR provides that “[n]utrient profiles and their conditions of use […] shall be updated to take into account relevant scientific developments in accordance with the regulatory procedure with scrutiny referred to in Article 25(3) and after consultation of interested parties, in particular food business operators and consumer groups.” (emphasis added)

The REFIT / Fitness Check of the NHCR provides the perfect opportunity to check the premise that fat must be profiled as undesirable. The relevant scientific developments that undermine the dogma that fats and saturated fatty acids must be avoided can no longer be neglected and discarded. To quote Teicholz: “Over the past decade, a stack of top-rate scientific studies attesting to the importance of dietary fat has grown to the point where the accumulated body of evidence is nearly undeniable. A high-fat, low-carbohydrate regime has been demonstrated to fight heart disease, obesity and diabetes; it leads to better health outcomes than does the so-called Mediterranean diet in head-to-head tests; and it performs far better than the standard low-fat approach that has been officially recommended in Western nations for half a century.” [vi]

Evidently, a fitness check of the “undesirables list” is long overdue.

Dietary fat and health claims should no longer be kept apart.

In Article 4.1(c) of the NHCR, the European legislature determined that “[t]he nutrient profiles shall be based on scientific knowledge about diet and nutrition, and their relation to health.” The Commission was instructed to request the European Food Safety Authority [EFSA] to provide the scientific advice relevant to the setting of the nutrient profiles. Among other things, the Commission was told to ask EFSA’s opinion regarding “the choice and balance of nutrients to be taken into account.”

Not unexpectedly, when EFSA delivered its advice in February 2008, it confirmed what the EU legislature had already determined well before the Commission filed its request. “The choice of nutrients to be included in nutrient profiles,” wrote EFSA’s Panel on Dietetic Products, Nutrition and Allergies, “should be driven by their public health importance for EU populations. These nutrients include saturated fatty acids [as negatives], sodium, dietary fibre and unsaturated fatty acids [as positives], intakes of which generally do not comply with nutrient intake recommendations in many Member States. Unsaturated fatty acids might not be needed if saturated fatty acids are included. […] Depending on the scheme adopted, energy density or total fat, as well as other nutrients, might also be considered. However, the total number of nutrients included would have to be limited to avoid overly complex nutrient profiles.” [vii]

In the last paragraph of its advice, the EFSA Panel recognised “the scientific limitations intrinsic in the use of nutrient profiles to classify foods as eligible to bear claims and the need for expert judgement to be applied. There is an inherent difficulty in seeking to apply to individual food products nutrient intake recommendations that are established for the overall diet. […] In addition, the lack of uniform data for food composition and food consumption across the EU, as well as differences in nutrient recommendations and food based dietary guidelines between Member States, makes it more difficult to set nutrient profiles at EU level than at national level. The basis for expert judgements needed to address such limitations should be transparent in order to avoid variable outcomes.”

In other words, it is “inherently difficult” – meaning: practically impossible – to extrapolate from the official guidelines concerning the overall diet profiles for individual food products. Not so much because the guidelines differ between Member States, but because, as also explicitly stated in Recital 1 of the NHCR, “single products have a relative importance in the context of the total diet.” [viii]

Article 350
EFSA should assess Health Claims based on Traditional Use
Article 347
The Prison called Food Business
Article 339
Who owns our Health ?
Article 205
The Source from which Sprang the United States of America …
© 2016 Health Claims Censored