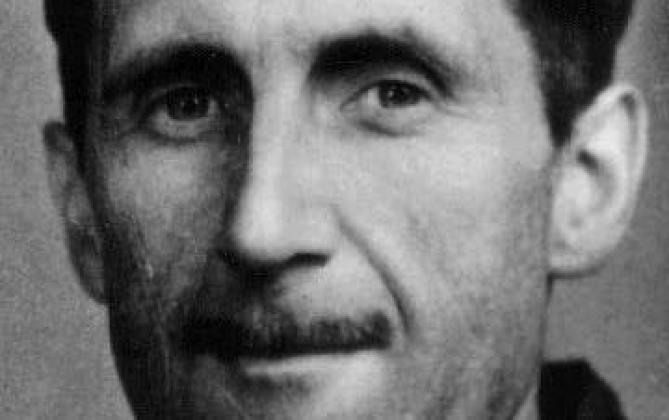 “Newspeak” is the fictional language in the novel 1984, written by George Orwell. It is a controlled language created by the totalitarian state as a tool to limit freedom of thought, and concepts that pose a threat to the regime such as freedom, self-expression, individuality, peace, etc. Any form of thought alternative to the party’s construct is classified as “thoughtcrime.” [1]

On 26 February of this year, the British Advertising Standards Authority (ASA), executing European Union’s language policies, added the word “probiotics” to the European list of “newspeak” terms. Two days later, the “Bundesgerichtshof” of the German Federal Republic followed suit and determined that, according to the “language authorization” system erected by the European Union to control nutrition and health claims, use of the word “Probiotik” is unauthorized. Threatening the defendant with an administrative fine that could go up to 250.000,= Euros, the “Bundesgerichtshof” made sure that its decision will be well understood.

In their “Urteil,” the German judges focused on the question whether the term “Probiotik” falls within the definitions of the terms “claim” and “health claim,” laid down in the Nutrition and Health Claims Regulation (NHCR), as …

“any message or representation, which is not mandatory under Community or national legislation, including pictorial, graphic or symbolic representation, in any form, which states, suggests or implies that a food has particular characteristics” (claim)

“any claim that states, suggests or implies that a relationship exists between a food category, a food or one of its constituents and health.” (health claim)

In the NHCR, the EU legislature installed a new system of controlling information (“messages and representations”) by redefining the definition of “claim” so that it could re-categorize messages and representations for the purpose of bringing them under its control. Since December 2006, when the NHCR was enacted, language is classified by the European Union as mandatory or “not mandatory under Union or national legislation.” The “mandatory information” category is under full control of the Union, which determines where and when what must be said, printed and/or omitted.

What’s left is the “not mandatory” category of information. The NHCR shows that the Union has begun controlling “not mandatory” – voluntary – information by way of a cunning system that combines ex ante unconditional and total prohibition with ex post conditional and selective authorization. The ex ante prohibition wipes the slate clean ofall language that falls within the definition of health claim. The ex post authorization allows the Union to control language by stipulating the specific conditions on which language may be used. In the case of “probiotics,” this term is prohibited until the Union has determined on which conditions it may be used. For the time being, there is no word for “probiotics” in the European Union.

An ex ante prohibition makes illegal the use of certain words or categories of words , such as words that fulfill the definition of “health claim.” The prohibition enters into force before – ex ante – a word or category of words has been evaluated or assessed. Prohibitees who are of the opinion that the prohibition of certain language is not justified may request that the EU legislature places the term on the Union list of permitted language that may be used by everyone and the conditions on which the term may be used.

This is how the prohibition itself remains outside the reach of evaluation or judicial review. The grounds for the prohibitor’s prohibition are never tested and cannot be questioned. In the case of the NHCR, it is up to the prohibitees to demonstrate that certain language is non-misleading. The prohibitor arbitrarily picks and sets the criteria for non-misleadingness. It also determines that the evaluation of the potential non-misleadingness of language shall not be performed by jurists in accordance with what the law and jurisprudence say about what is and what’s isn’t misleading, but by scientists whose expertise concerns the physiological relationship between food and health.

The prohibitee is not asked to provide legal evidence demonstrating that his message or representation is not misleading. Instead, the prohibitee is shunted to a completely different track. He is forced to provide scientificsubstantiation underpinning his message. By mandating that the scientific substantiation shall meet the highest standard set for scientific evidence, the prohibitor redefined and perverted the legal meaning of “misleading.” It thus made the “re-entry” of prohibited yet non-misleading words into language extremely difficult. After the scientific evaluation of a prohibitee’s request for permission to use certain language, the prohibitor may or may not permit the use of the requested language. Even if the term would pass the highest scientific standard test, the prohibitor may still deny the term access to language for legal or political reasons.

This is, in a nutshell, the system laid down in the NHCR. With the help of “Science,” the State now controls language.

According to the Bundesgerichtshof , the term “Probiotik” falls within the definition of “not mandatory under Union or national legislation”. “Probiotik,” so thinks the Gerichtshof, also falls within the definition of messages or representations stating, suggesting or implying that a relationship exists between a food constituent [probiotics] and health. Since the term “Probiotik”/Probiotics hasn’t been authorized by the European Union, its use is prohibited unless derogated.

Usually, when derogations of health claims are the issue, one looks at Article 28 of the NHCR, in which the EU legislature stipulated under which conditions and for how long the ex ante prohibition of health claims that forms the legal foundation of this Regulation is waived. Beyond Article 28, embedded in Article 1 of the Regulation, lies a much deeper, more cunning and barely visible derogation.

That hidden derogation follows from the Regulation’s scope and field of application, which is commercial communication. Because the limitation placed on the application of the NHCR – use in commercial communication – does not form part of the definitions of “claim” and “health claim,” the definitions apply even where the NHCR itself does not (yet) apply.

Non-commercial users of health claims usually think that the NHCR does not concern them. This is a fatal mistake. The NHCR is a legislative tool that redefines and re-categorizes language for the purpose of controlling all language, that fits the definitions of the terms “claim” and “health claim.” It is thus that the European legislature can simply “gauge” the use of unauthorized health claims by contracting or expanding the scope and field of application of the NHCR.

That field of application is not defined in the definitions of “claim” and “health claim.” It is defined in just one paragraph of the NHCR: “This Regulation shall apply to nutrition and health claims made in commercial communications, whether in the labelling, presentation or advertising of foods to be delivered as such to the final consumer.” [2] Because the definitions of “claim” and “health claim” are unrestricted, non-commercial use of the health claim “probiotics” takes place under the control of the European Union and the Courts for as long as the use is derogated.