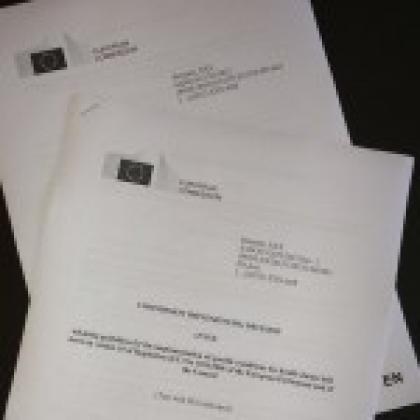 Where European Law lacks force: the website of the Commission

A week from today, on the 10th of December, at the meeting of the Standing Committee on the Food Chain and Animal Health (SCFCAH), the Commission and the Member States will discuss two drafts having to do with the regulation of health claims.

One draft, a Commission Implementing Decision, concerns “guidance” to national authorities and food business operators on how to make “permitted use” of permitted health claims in accordance with the health-claim-specific conditions of use laid down in Article 10 of the Health Claims Regulation.

Since 16 May 2012, when the Commission adopted its list of Permitted Health Claims in Regulation 432/2012/EC, business operators have been busy adjusting labels, packagings, leaflets, advertisements, web-pages and what else to bring them in line with the Claims Regulations[1] before 14 December 2012. That’s the deadline that ends the period set by the Commission for the continued use of non-permitted claims after the publication of Regulation 432/2012. To be precise, it’s the date when, as far as the Commission is concerned, non-permitted Article 13.1 claims will be exposed to the general prohibition of health claims laid down in 2006 in the “parent” Claims Regulation.

Completely detached from the workfloor of the internal market, the European Commission intends to discuss “how to use permitted health claims in commercial communication” guidelines with the Member States in the SCFCAH meeting 4 days before the “continued-use” period lapses. Should the Member States agree with the Commission, the enactment of the proposed guidance will take at least another 3 to 5 months. So, some time during the spring of 2013, when all the new – revised – products have found their way through the distribution chain to wholesalers, retail-shelves and consumer households, companies will be confronted by a “guidance” document that should help them through the job they completed more than half a year earlier. Perfect timing.

At the upcoming SCFCAH meeting, the Commission will also present for discussion with the Member States a draft for a Regulation that should amend its  Article 13.3 list of permitted claims. This draft provides under Recital 7 that “…, claims the consideration of which has not yet been completed will remain published on the website of the Commission and may continue to be used …” pursuant to the derogation paragraphs laid down in the Health Claims Regulation.

Most certainly, the website of the Commission is not “one of the lists of permitted health claims” referred to in the “guidance” draft. Still, this website seems to be a special place where European law – to be precise, the “prohibition” Article 10.1 presented in the “how to use permitted claims” guidance – lacks force. It’s a site where, at its own discretion, the Commission may park “claims the consideration of which has not yet been completed” on “on hold” lists as “work in progress.” The Commission’s website is a selfmade safehaven, where, “à l’abri de la loi,” the Commission can reflect, ponder, consult and discuss issues with Member States without being bothered by any of the encumbrances imposed by standing European health claims legislation on food market participants.

You may wonder where the “six months” that the Commission granted beyond the 25th of May come from. Well, this is the period laid down by the legislature in the Claims Regulation as the period that applies as an extension of the derogation period that concerns the use of unauthorized “slimming” or “weight-control” claims and claims having to do with psychological and behavioural functions.[3] This extension-period is not granted by the Commission. It is granted by the European legislature. All that the Commission may do is activate it by taking case-by-case claim-by-claim Decisions in the management of the aforementioned types of claims.

In its management of health claims that have to do with the role of a nutrient or “other substance” in growth, development and functions of the human body, the Commission cannot activate an indefinite derogation of the prohibition of – unauthorized – “on hold” claims. Neither can it grant a “six months” extension of time for the use of unauthorized growth, development or function claims beyond the date of adoption of the Permitted List.

In view of this, the European Court of Justice should annul the Permitted Claims Regulation and, in doing so, reactivate the European legislature’s derogation – postponement – of the prohibition of the use of all unauthorized claims until the Commission has demonstrated that it is capable of properly and adequately executing the task to adopt a Community list of permitted claims and all necessary conditions for the use of these claims.