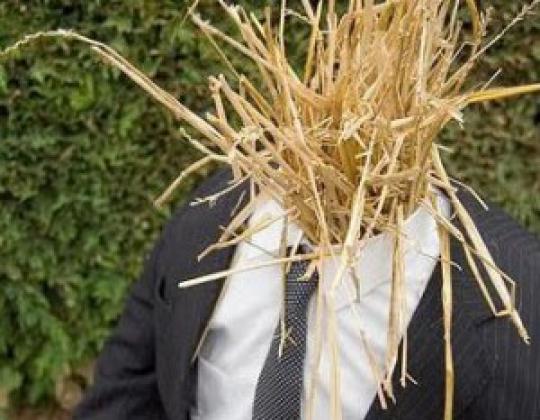 Per the Nutrition and Health Claims Regulation (NHCR) the term “health claim” means “any claim that states, suggests or implies that a relationship exists between a food category, a food or one of its constituents and health.” If European case law would be straightforwardly applied in prohibiting misleading health claims and allowing non-misleading health claims, a commercial “user” of the claims would not have to go any further than providing “all that is known” about the existence of “a relationship” between his product and health. Obviously, the word “known” means “known to be objectively correct.”

The NHCR aims at protecting consumers against being exposed to nutrition and health claims influenced by emotions, worldviews, opinions and bias. What remains largely unseen is that the NHCR itself finds its origin in the widely existing bias against commerce and industry. The NHCR is heavily biased because it prejudicially prohibits all health claims. The prejudice and the legislation erected on it rest on the Straw Man fallacy that mischaracterizes business operators as misleading swindlers who must a priori be distrusted, neutralized and silenced. Business operators and their communication must be placed under control of the State.

In the case of health claims, the European legislators whitewashed their anti-industrial bias by letting a panel consisting of nutritionally oriented scientists evaluate the objective correctness and non-misleadingness of health claims. This arrangement must ensure that knowledge shall not reach consumers via “commercial communication” unless it is “verified” by “science.”

“[…], there is a strong desire among mass-public citizens in the Western world to believe that they live, and need to live in a world made predictable by science. There is an equally strong desire among elite citizens working in the media, business, and government to appear to be doing the right thing by ritualistically consulting seemingly au fait analysts and consultants (technocratic, scientific, religious or otherwise) from well-known institutes in order to ‘grasp the future’. Science as a result has become heavily politicised and commercialised. The increasing public and political focus on safety, security, and predictability propels scientific research in growing and disparate fields towards acceptable outcomes, as opposed to objective knowledge.”

What’s acceptable for government is objective and what’s objective cannot be acceptable unless it comes from government, the “independent” press or scientific journals. The socially and politically acceptable “public” communications are thus positioned as objective, altruistic, true and unbiased. The commercially acceptable communications are positioned as suffering from subjectivity, selfishness, greed and bias. Politically and socially acceptable outcomes, such as dietary guidelines or advice issued by public health authorities and bodies, or non-commercial communications and information in the press and in scientific publications, are excluded from scrutiny, especially from self-scrutiny. However, the implied conformity of such non-commercial information with the standards of objective knowledge is fallacious and misleading.

Apparently, the European legislature is convinced that business operators are incapable of communicating “toute la réalité,” because, stereotypically, commerce and industry would be inclined to greedily favour, as the basis for their communications, commercially acceptable outcomes over objective and verifiable facts and/or politically and socially acceptable ones. Worldview-inspired acceptableinformation coming from the legislature itself, such as the politically acceptable opinion that commerce and truth don’t match very well, is not put to the test. In the “acceptability approach” the question whether commercial communications are per se untrue even becomes redundant.

By falsely placing the bias and subjectivity in the field of commerce, the legislature escapes testing its own worldviews and associated acceptable outcomes against the generally accepted scientific criteria set for objective knowledge. In this setting, it doesn’t really matter whether EFSA’s Opinions concerning health claims form part of objective and verifiable knowledge and whether they are the result of respecting overt epistemic values such as consistency, simplicity, integrity, and descriptive, explanatory and predictive power only.

EFSA’s Opinions are acceptable because this State-appointed Authority does not entertain significant financial associations with industry. Its entire budget is covered by the European Union, i.e. by tax-paying consumers and industry. Hence, its intellectual output is socially acceptable, at least more acceptable than that coming from business and industry. Ironically, when it comes to worldviews, most companiestend to eliminate them from their commercial communications, primarily because it is their mission to serve as many consumers as possible, irrespective of the worldviews they may hold.