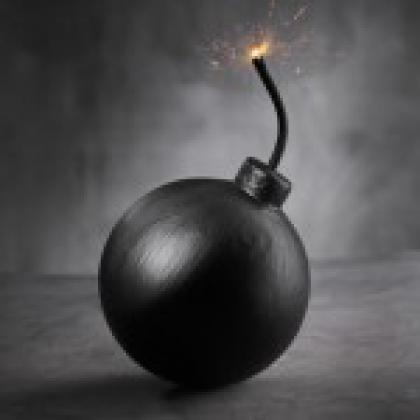 The European Health Claims Regulation and its detonator

Without the activation of its detonator, the nuclear bomb called European Health Claims Regulation has been quite harmless since the moment it was placed under the food industry. The Regulation does contain an explosive and extremely volatile mixture of precautionary prohibition and the reversal of a twisted burden of proof. But, as long as the bomb’s timer didn’t tick, the health-related commercial information that the bomb aims to radically destroy by subjecting it to the precautionary principle was still alive and breathing under the grace of “derogation.” Its time hadn’t come yet.

The European Commission’s “Permitted List Regulation” (432/2012/EC) is the detonator that, on the 16th of May 2012, set in motion the 6-months timer so carefully embedded in the Health Claims Regulation. The “parent” Health Claims Regulation is now set to explode on the 14th of December of this year. On that date, the “prior constraint” prohibition of health claims concerning growth, development and functions of the human body based on generally accepted scientific evidence, will enter into full force. The prohibition had been there since december 2006, but many stakeholders had difficulties to see it as a prior constraint, because the constraint was laying still, awaiting its detonation.

In the Health Claims Regulation, the European legislature delegated to the Commission the power to detonate the Health Claims Regulation by publishing a positive list of permitted – generally accepted – health claims. It was by publishing this “Permitted List,” not by publishing the “Rejected List,” that the Commission effectively ended the derogation period that applied to all health claims and that less than 5 months from today no longer applies to all non-permitted claims, including but not limited to the ones that were rejected. The prior constraint concerns all non-permitted claims, not just the ones the Commission found rejectable.

However, the “Rejected List” does serve an important political purpose. The list is there to proudly “show” the world that the food industry was found guilty of making thousands of “misleading claims” about the beneficial effects of their products. It’s there to show what a hell of a wonderful and praiseworhty job the EU bureacrats performed in protecting consumers against all the information that the European Food Safety Authority so masterfully and cunningly unveiled as misleading and deceptive rubbish, not worthy of reaching consumers as part of commercial communication.