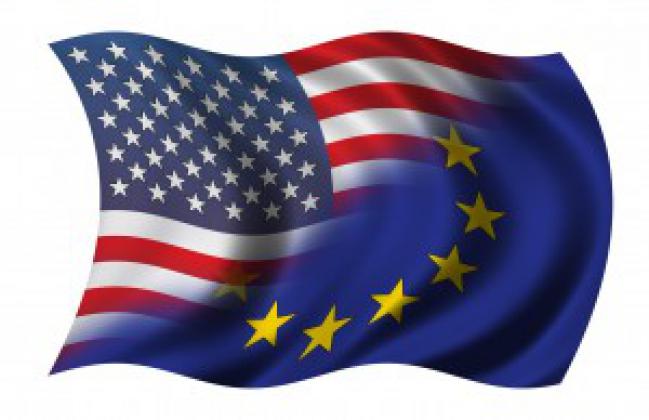 The EU Health Claims Regulation for Americans: “Shut up and let me do the talking.”

The European Nutrition and Health Claims Regulation (NHCR) is, in American terms, a “Federal” Regulation. It must be enforced by and in all the European Union’s Member States. In all these Member States, the NHCR destroyed the “First Amendment” principle of freedom of speech for a specific group of citizens identified as “food business operators.” The NHCR is a “prior constraint” measure that prohibits business operators from making non-misleading health claims for their products. The constraint is final and unconditional, in the sense that health claims were nationalized and placed under the exclusive control of the European Union. In 2012, the “nationalization” of health claims culminated in the publication of a “free for all” public list that provides 222 Union-authorized health claims that producers of foods and food supplements may use in promoting the benefits of their products.

The European Union has taken the freedom of speech away from food business operators on the basis of the precautionary pinciple. What the Union sought to precaution is the uncertain risk that some yet unidentified business operator might potentially mislead consumers with regards to the claimed benefits of his food products. This is the first time in history that the precautionary principle was applied to control speech before it was spoken. In the US, this would be a violation of the ex post facto clause laid down in Article 1 section 9 of the Constitution. Ex post facto means that one can’t be punished for an act one didn’t commit. Not so in Europe, where all food business operators were collectively punished ex antefacto for unspecified acts one or some of them might possibly commit in some distant future.

In the US, a criminal statute cannot rest on uncertain foundation. The crime or misdeed that a statute makes punishable must be clearly defined. Not so in Europe, where the crime addressed in the Health Claims Regulation is loosely described as misleading consumers. No specifics were given and the NHCR thus preempts the principle of due process, which demands that first of all a Court of Law objectively establishes that a specific business operator committed a specific act of misleading consumers. The preacutionary principle enables Government to circumvent the due process procedure and put business operators straight away in a position of “guilty unless proven innocent.” In the European Union, health claims are a priori misleading unless the Union finds that they’re correct.

In a way, this approach has also crept into the American legal system as the principle of vicarious liability. In terms of business, “vicarious” means done by one person substituting for another. In the US, everyone who voluntarily assumes a position of authority in a business enterprise is criminally liable for vicarious acts he himself did not commit, was not aware of and did everything in his capacity to prevent. You’re guilty simply because you hold a senior position in a business enterprise. In Europe, this guilt ex ante facto has now been institutionalized and laid down in European law, in casu in the NHCR.

The difference between the US and the EU is that in the American legal system the principle of vicarious liability can only be activated after something has happened. In Europe, under the influence of the precautionary principle vicarious liability enters into force before something has happened. The liability is activated when the Government has somehow reached the opinion that there is an uncertain risk that something might happen. Accordingly, those in Europe who voluntarily assumed a position of authority in the food business were stripped of their 1st Amendment right of freedom of speech ex ante facto, that is, before having uttered a word.

In the US, when you’re accused of misleading consumers, you still have a chance to defend yourself before a Court of Law. And, in the US, you may still request that judges shall apply legal principles in making decisions in cases concerning misleadingness. Not so in Europe. Under the NHCR, the European Commission, which is the administrative branch of the EU Government, was asked to consult the European Food Safety Authority (EFSA), our FDA, and establish “out of Court” what is and what isn’t a misleading health claim. No lawyers or courts were involved. It was politics all the way.

None of the members of EFSA’s health claims panel has any training in law or legal affairs. None of them ever went to College to learn how to legally distinguish a misleading from a non-misleading statement. Yet, the NHCR misplaced them in a position to make determinations in the field of misleading information. To solve their predicament, they determined that statements supported by randomized controlled clinical trials (RCT’s) would most likely fulfill the Union’s political standard for non-misleadingness.

Normally, RCT’s are not set up to distinguish misleading from non-misleading information. Even in the scientific world itself, the usefulness of RCT’s in the field of nutrition and health is controversial. Still, the European legislature blended scientific standards and methods of how to evaluate scientific data into the political process of separating authorizable from non-authorizable health claims. This approach is on its way to also pervert the American system. In the POM Wonderful case ([1]), the Federal Trade Commission has argued that a health claim that is not supported by at least two statistically significant RCT’s is intrinsically misleading.

In the procedure designed by the European legislators to authorize health claims, business operators played no role whatsoever. They were surgically eliminated by categorically mischaracterizing all of them as guilty ex ante facto. For the NHCR to remain into force the declaration of guilt ex ante facto must remain in force. It cannot and shall not be undone by food business operators surrendering to the Union scientific evidence in support of health claims. The Union has irreversibly and conclusively usurped the operators’ right and legal position to inform consumers about the benefits of foods. All health claims used in Europe in commercial communication are now public health messages that belong to and originate from the European Union.

“Shut up and let me do the talking.”