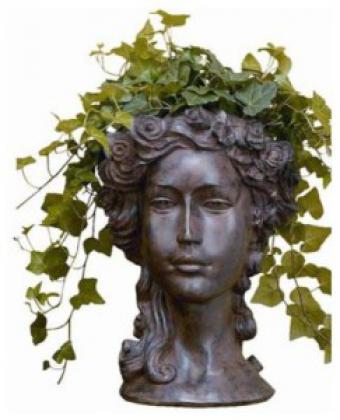 The Botanical Roadmap to Nowhere

Apparently, “botanicals” are defined as “plant or herbal substances.” Or, are they defined as a certain, yet undefined, category of “plant or herbal substances” ? Who knows. In the Food Supplements Directive, the European legislators enumerated certain “other substances.” These are physiologically active ingredients other than vitamins and minerals, “including, but not limited to, …, amino acids, essential fatty acids, fibre and various plants and herbal extracts.” Although the term “botanicals” isn’t used in the Directive, it seems safe to conclude that “botanicals” used in or as foods are legally classified as “other substances.”

Of the mentioned “obtainment” processes, extraction is probably the most esoteric one for most people. Simply put, except for the case of pressing, where ingredients of liquid origin (e.g. oils) are extracted, an extract is obtained only from a solid-to-liquid extraction, which may be followed by purification. Solid-liquid extraction is thus defined as an operation to separate one or more solid or liquid components contained in a solid body by solubilization in a liquid. This liquid, generally known as a solvent, can be a liquid or a gas. In some cases, more than one solvent is – consecutively – used to obtain the desired single or complex fraction of a plant or plant part. ([iii])

No matter how rigorously one subjects the Commission’s latest legal definition of the term botanical to semantic extraction, it remains impossible to obtain from it an unequivocal answer to the question whether, legally or administratively speaking, botanicals are a sub-class of plants or whether all plants are botanicals.

In Botany for Dummies, author Rene Fester Kratz tells us that his book serves as “an introduction to the world of plants and their importance to the rest of the world.” The book’s Cheat Sheet states: “Botany is the study of plants.” ([iv]) Wikipedia tells us that botany, “also called plant science(s) or plant biology, is the science of plant life and a branch of biology. A botanist or plant scientist is a scientist who specializes in this field of study. The term “botany” comes from the Ancient Greek word ?????? (botan?) meaning “pasture”, “grass”, or “fodder”; ?????? is in turn derived from ??????? (boskein), “to feed” or “to graze”. Traditionally, botany has also included the study of fungi and algae by mycologists and phycologists respectively, with the study of these three groups of organisms remaining within the sphere of interest of the International Botanical Congress. Nowadays, botanists study approximately 400,000 species of living organisms of which some 260,000 species are vascular plants and about 248,000 are flowering plants.” ([v])

The International Botanical Congress (IBC), so says its website, “is a major convention that brings together scientists from around the world to discuss new research in the plant sciences. The Congresses are particularly notable in that they not only bring together scientists from many countries, but also from many disciplines within the broader research fields related to the plant sciences, including botany, mycology, ecology, horticulture, agriculture, and other related fields. The increasing knowledge about plants—their history, growth, uses, interactions with other organisms, and roles in the ecosystem—is becoming progressively important for the stability and sustainability of the human endeavor and, indeed, of all life on Earth.”

In its authoritative International Code of Botanical Nomenclature, ([vi]) the IBC organizes, oversees and standardizes the nomenclature used for botanicals by botanists around the world. In July 2011, the 18th IBC, which was held in Melbourne, made a number of very significant changes in the rules governing what has long been termed botanical nomenclature. IBC reports that “since the VII International Botanical Congress in Stockholm in 1950, successive editions of the Code have been published as the International Code of Botanical Nomenclature, commonly abbreviated as ICBN. In Melbourne, reflecting the view, particularly amongst mycologists, that the word “Botanical” was misleading and could imply that the Code covered only green plants and excluded fungi and diverse algal lineages, it was agreed that the name be changed to International Code of Nomenclature for algae, fungi, and plants. In referring to the Code under its new title, we will use the abbreviation ICN.”

In its Guidance on safety assessment of botanicals and botanical preparations intended for use as ingredients in food supplements, EFSA’s Scientific Committee defines “botanicals” as: “all botanical materials (e.g. whole, fragmented or cut plants, plant parts, algae, fungi and lichens),” and “botanical preparations” as “all preparations obtained from botanicals by various processes (e.g. pressing, squeezing, extraction, fractionation, distillation, concentration, drying up and fermentation).” (emphasis added) Quite in line with IBC’s Code. Apparently, dummies and scientists seem to agree that botany concerns the branch of science that deals with plants. Botanicals are “planticals.” Scientifically speaking, all “planticals” (400,000 species) are botanicals and all botanicals (400.000) are “planticals.”

May we thus conclude that, legally speaking, all “planticals” are botanicals and that all botanicals (400.000) are “planticals” ? And that all preparations made from those 400.000 plants would also be botanical preparations ? Well … I wouldn’t bet on it. Legislators are capable of outsmarting dummies and scientists when it comes to making reality fit their political, bureaucratic and ideological agendas.

Sometimes, they even outsmart themselves. When the Commission placed health claims on botanicals on hold, it selected these claims from its Consolidated List, i.e. the list in which it had placed all the claims for which it sought EFSA’s advice. The placing on hold of certain claims took place on the basis of the fact that in the conditions of use accompanying these “on hold” claims a botanical or botanical preparation is presented as causing the claimed effect.

That the selection was done by applying the botanical criterion – “plant or herbal substances, commonly known as ‘botanical substances’” – found its cause in the argument that, “as regards botanicalsubstances, Member States and stakeholders expressed concerns as regards the difference in consideration given to the evidence based on ‘traditional use’ on the one hand under Regulation (EC) No 1924/2006 in relation to health claims and on the other hand under Directive 2001/83/EC of the European Parliament and of the Council of 6 November 2001 on the Community code relating to medicinal products for human use concerning the use as traditional herbal medicinal products. Since the Commission considers that these concerns are relevant and require further reflection and consultation, a decision on claims relating to botanical substances should only be taken once those steps have been completed.” ([vii]) (emphases added)

Although the – ongoing – reflection concerns the differences in consideration given to evidence based on “traditional use,” the Commission did not specifically select from its Consolidated List the claims based on the traditional use of the food presented in the accompanying condition of use. Instead, it restricted its selection of the “to-be-reflected” claims to claims on botanical foods/foodstuffs presented in the claims’ conditions of use. Claims of which the conditions of use entailed a “non-botanical,” but which might very well be based on evidence demonstrating traditional use, were denied the privilege of being subjected to “further reflection.”

The Commission determined that while the reflection was taking place, only the claims on botanicals had to be placed on hold. Going through the Consolidated List and comparing it with the Claims on Botanicals on Hold List, one wonders whether the Commission had any definition of the term botanical in mind or whether it willfully avoided applying one. Had the Commission genuinely applied any of the aforementioned legal or scientific definitions, all claims accompanied by a condition of use presenting plants, plant parts, algae, fungi, lichen, or preparations thereof, should have been selected for placement on the On Hold List. Claims on tomatoes, apples, lettuce, beans, carrots, sprouts, …..

But this is not what happened.

Well, practically all – if not all – resveratrol that is on the market is synthetically manufactured nature-identical resveratrol. It is technically as well as economically impossible to obtain a 99% pure resveratrol preparation from a botanical substance. So, resveratrol qualified and characterized as “resveratrol” is not a botanical preparation. It would be closer to the truth to classifiy commercially availabe resveratrol as a – fine – chemical.

Per its Art.1.2, the Health Claims Regulation shall apply “… to nutrition and health claims made in commercial communications, whether in the labeling, presentation or advertising of foods to be delivered as such to the final consumer.” There is no provision in the Claims Regulation that allows for the making of a distinction between claims on the basis of the categories or types of foods presented in the claims’ conditions of use. Nevertheless, the Commission applied the Health Claims Regulation as if it contained such a provision and determined that health claims on foods defined as “botanicals” deserve an administrative treatment different to that applied to claims on “non botanical” foods.

In the context of “further reflection and consultation,” the Commission will launch a public and a stakeholders’ consultation towards the 2nd half of 2016. The stated purpose of these consultations is the evaluation of a) Regulation (EC) No 1924/2006 on nutrition and health claims made on food with regard to nutrient profiles and health claims made on plants and their preparations and b) the general regulatory framework for their use in foods. According to the Commission in the preparatory Evaluation and Fitness Check Roadmap document, “[t]his evaluation will […] examine whether the current rules concerning health claims on plants and their preparations used in foods are adequate, and how the use of such claims interacts with the current applicable food regulatory framework on plants and their preparations.”

Article 367
When did you stop beating your wife !?!?
Article 339
Who owns our Health ?
Article 142
The Undesirable Nutrient Profiles
Article 205
The Source from which Sprang the United States of America …
© 2016 Health Claims Censored