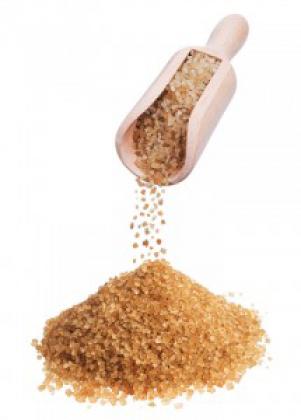 In a recent interview with Nutraingredients’ Shane Starling, EFSA’s director of Scientific Evaluation of Regulated Products, professor Per Bergman, said: “No one can deny that glycaemic carbohydrates are important for the function of the brain. It is well established science.” Ask that this generally accepted scientific information may reach consumers in the form of a health claim, and all of a sudden consumers must be deprived of what EFSA considers “well established science.”

To begin with, consumers have long ceased to be a “disparate party” in exerting influence on what and what not they will be exposed to. Consumers were stripped naked from exerting that kind of influence by advocates who claim to represent consumers. The genuine power of consumers rests with their right to freely make decisions regarding what they will and won’t purchase on the basis of their subjective knowledge and preference. In economics, this is formulated as the “doctrine of subjective value.” Step by step, this power of placing a subjective value on goods and services was effectively usurped by a “know better” elite that claims to have superior and objective knowledge on the basis of which it must influence or preempt consumer decisions, if necessary by using the force of government intervention.

Then, by way of the Health Claims Regulation, the European Union stripped food business operators naked from exerting any influence whatsoever on the “end decisions” that aim to influence consumer behavior by indiscriminately prohibiting truthful and misleading nutrition and health claims. The flip side of usurping the operators’ fundamental freedom to provide information is the usurpation of the fundamental freedom to receive information without government intervention. It’s the typical approach taken by the Union legislature to open the door to exerting full control over which health claims consumers may be exposed to. Per Article 17 of the Claims Regulation, the Union, in making such decisions, shall take into account the Opinions of the EFSA and “any relevant provisions of Community law and other legitimate factors relevant to the matter under consideration.”

Government intervention in the field of commercial communication rests on the unproven claim that the objective value calculated on the basis of the assumed superior knowledge is more appropriate and “better” than the subjective value calculated by the consumer. The “expert” – who is completely detached from the making of the individual decision – goes on the presumption that he is better informed than the individual consumer and that this knowledge-advantage gives him the right to openly or covertly influence and, in case consumers won’t listen, forcefully preempt the consumer’s decision. Expert calculations not only rest on the presumption of superior knowledge, they also rest on the premise that expert values placed on communication are morally superior, because communication originating from business operators is inherently flawed, misleading and potentially fraudulent.

In the case of health claims, government intervention is based on “risk management.” The Claims Regulation rests on the premise that consumers who attribute a subjective value to health claims are categorically less informed than the risk manager about the risk that a claimed benefit might not be as beneficial as claimed. This risk is amplified by the fact that government considers industry and commerce – more in general all human activities excluding the activities of humans serving the government and the “public interest” – as a potential risk per se. This makes that the risk managing expert feels free to take the a priori position that the interventions which he bases on the values that he calculated are not in need of being weighted against the subjective values of the consumer.

Government and those who mastered the art of “laying hands on the law” standardly present their interventions as morally superior, even though they imply the use of force and the usurpation of fundamental freedoms. Article 17 of the Health Claims Regulation says that the “Great Intervener” must weigh whether his interventions are in conformity with Union law and “other legitimate factors”. Since risks are “legitimate factors,” their management is legitimate by definition. Since human activities always involve certain and uncertain risks, “managing” human activities and behaviour is legitimate by definition.

In the case of the important function that carbohydrates have for the functioning of the brain, EFSA excluded the risk that the benefits might be less beneficial than claimed. Still the “carbo claim” didn’t make it, because the European parliament calculated that a health claim for sugar would weaken its war against politically incorrect foods. It would interfere with their management of human dietary behaviour. The generally accepted scientific evidence that a legitimately marketed, safe, basic and nutritionally relevant macronutrient – carbohydrates – has an important function on the human brain must be suppressed, because the parties that consider themselves superior have decided that this macronutrient is “undesirable.”

In the end, this is not about carbohydrates and the functioning of the human brain. It’s not about sugar or other “undesirables.” This is about the systematic and meticulous eradication of the subjective values of humans who “won’t listen.”