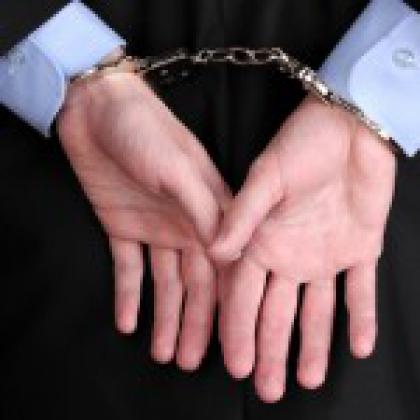 Progressively Amending the “Permitted List” = Juggling with the Force of Law

Today, the Standing Committee on the Food Chain and Animal Health (SCFCAH)  discussed a draft for a Commission Regulation amending the Annex to Regulation 432/2012/EC, which is the List of Permitted “13(1)” health claims. The draft states that this amendment has regard to the Nutrition and Health Claims Regulation, in particular to Article 13(3) thereof. In other words, according to the Commission, Article 13(3) is the draft’s legal basis. The proposed amendment forms part of what the Commission calls its “progressive adoption” of health claims.

The Commission seems to be of the opinion that it may progressively – claim-by-claim – adopt health claims under Article 13(3) of the Claims Regulation and that, while its work progresses, it may place claims “on hold” and “off hold” at its own discretion. In my previous blog of 3 December, I discussed this problematic approach, which forms the crux of the Application requesting the annulment of Regulation 432/2012.[1]

In Recital 13 of the Permitted Claims Regulation, the Commission stipulated that the List of Permitted Claims exposes all health claims – except of course the “permitted” ones – to the a priori prohibition that had been laying in wake in Article 10.1 of the Claims Regulation since 2007. This is precisely what the “legal force” laid down in the Permitted List concerns. The act of authorizing “13(1)” claims activates the unconditional prohibition of unauthorized claims. This legal force simultaneously authorizes and prohibits. This is how “positive lists” work. Given the “13(3)” List’s aim, intention, scope and the uncompromising strength of its legal force, one might think that using the List as something that may be progressively amended was not contemplated by the EU legislature when it designed the Health Claims Regulation.

Unleashing the force of law must be done once the law has been conclusively finalised, so that it will have equal and undiscriminate working for all concerned. Vice versa, as long as the law hasn’t been finalised, its force should not be unleashed.

Amending the Permitted 13(3) List by way of the “progressive adoption” of health claims means that the Commission must inevitably make changes to the List. Per the Health Claims Regulation, the making of changes to the 13(3) List must take place via Article 13(4), which states:

“Any changes to the list referred to in paragraph 3, based on generally accepted scientific evidence and designed to amend nonessential elements of this Regulation by supplementing it, shall be adopted in accordance with the regulatory procedure with scrutiny referred to in Article 25(3), after consulting the Authority, on the Commission’s own initiative or following a request by a Member State.”

Before jumping to conclusions, let’s make sure what is meant precisely by “any changes to the list.” The French version of the Health Claims Regulation states that “[t]oute modification de la liste” [“each and all modification of the list”] must be made per Article 13.4. The German version speaks of “[ä]nderungen an der Liste,” [“changes to the list”] and the Italian version provides that “[q]ualsiasi modifica apportata all’elenco” [“any modification to the list”]. Evidently, Article 13(4) concerns all modifications of the list of permitted claims established in May 2012 under Regulation 432/2012. It covers amending the list.

By taking Article 13(3) and not Article 13(4) as the legal basis for amending the Permitted List, the Commission implies that the List isn’t finished yet. Still, in its Regulation 432/2012, the Commission unleashed the List’s legal force, so that, on the 14th of December, unauthorized claims not placed “on hold” will become exposed to the prohibition.

Was the Commission at liberty to publish the list of permitted health claims while the consideration of claims duly submitted by the Member States under Article 13(3) was not yet finalized ? Was the Commission at liberty to unleash the legal force of the List before its completion ? Is it at liberty to make changes to the Permitted List by amending it under Article 13(3) ? In case Article 13(3) is the wrong legal basis for the progressive adoption of health claims, may the Commission shunt its unfinished “13(3) business” to the Article 13(4) procedure ? If that’s the case, how is it that the administration, evaluation, adoption or rejection of these claims submitted by the Member States on the basis of Article 13(3) may eventually take place under a procedure that concerns the making of “changes to the List” ?

The Commission seems to be caught in a self-created juggling act that gets more and more complicated with every step it takes in its progressive adoption of health claims. Five years ago, food business operators submitted their Article 13(1) data to the authorities in their Member States. Since then, some of these claims were authorized. Most claims were rejected and thus exposed to the prohibition laid down in the “parent” Regulation. Some were placed “on hold” and are now awaiting rejection or authorization. Possibly, some of these “on hold” claims will be authorized and then placed on the Permitted List as “changes to the list.” Possibly, some of the “on hold” claims will be evaluated and considered by applying criteria unknown and unpublished in or before 2007.

It would be a blessing for all if the Court would place the legal force laid down in the Permitted List “on hold” by annulling Commission Regulation 432/2012.