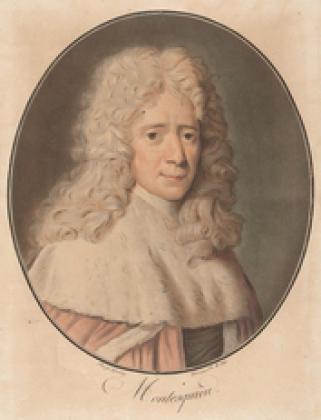 Health Claims and the ending of the separation of powers

Under the trias politica system, the State is divided into the legislature, the executive and the judiciary, each having separate and independent powers and areas of responsibility, so that no branch of the State has or shall develop more power than the others. The term is ascribed to French political philosopher Charles-Louis de Secondat, better known as Montesquieu. The trias politica model was first applied in the Roman Republic, where it served as a constitutional barrier against those factions who sought to usurp all powers of the State and replace the trias politica by a unitas politica system that lacks checks and balances.

In the Health Claims Regulation, the legislature derogated its ex ante adjudication, and, by giving the European Commission the power to authorize health claims, it delegated the power to determine the moment on which the derogation of the adjudication would end. Again, the legislature did not empower the Commission to prohibit health claims by “rejecting them.” The “rejection” of health claims lacks the force of law because the a priori general prohibition is laid down in the Claims Regulation. The Regulation and the prohibition laid down in it anteceded rejections of claims, because rejections are made in the context of applications for authorizations that will lift the prohibition. “Rejections” are authorization-failures that constitute a failure to lift the prohibition. “Rejections” do not constitute or produce the prohibition. Health claims are not prohibited following an authorization-failure.

The Health Claims Regulation is an example of what the Germans call a “Verbotsystem mit Erlaubnisvorbehalt.”[1] It is a system that subjects all health claims to an indiscriminate, absolute and general a priori prohibition followed by a procedure of State-authorization. Under Article 13 of the European “Verbotsysteem mit Erlaubnisvorbehalt,” “prohibitees” who sought the lifting of the prohibition of health claims they had been using or intended to use before the prohibition, i.e. before 2007, were forced to accept that their quest to lift the prohibition should, first of all, begin with surrendering their legal position (“standing”) to their respective Member States. Subsequently, they were forced to surrender evidence and reasonings before having been adequately informed about the criteria that would be used in the process of the lifting of the adjudication (prohibition) and about the width and depth of the evidence that had to be handed over to the Member States. In turn, the Member States surrendered the evidence or what was left of it to the European Commission.

When it comes to hiding from view and review how the “Verbotsystem mit Erlaubnisvorbehalt” actually works, Articles 13.1, 13.2 and 13.3 of the Health Claims Regulation are true masterpieces. Claims concerning growth, development and function of the human body shall not undergo the official application for authorization procedure. This effaces all possibilities to track and trace the identities of the original suppliers, the original data (as surrendered to the Member States) and how the data were changed, reformulated, abbreviated, mutilated or otherwise emasculated during their “administration” by the Commission. Under Article 13, the Commission became the ultimate submitter of data it sent for “consultation” to EFSA. Under Article 13, the Commission accompanied the data by Terms of Reference– criteria for scientific evaluation – never communicated to the Member States or the original suppliers.

This is how, in the European Union, the legislature deprived users of health claims in commercial communication of legal standing and reduced their position to “non-party” suppliers of data. It also stripped the judiciary of its power to adjudicate disputes concerning misleadingness and delegated the authorization process to “risk assessors” (the European Food Safety Authority / EFSA) and “risk managers” (the European Commission’s Directorate-General Health and Consumers / Sanco). Determinations are now reached “out of Court,” by scientists and politicians and without properly hearing the parties. The end result is the public good called State-authorized health claims.

When the term “legislature” is used in the context of the European Union, what is meant de facto is the European Commission. This is due to the fact that the Commission is the genuine “factory” of all European legislation. The European parliament has a deplorable “back seat” position and the Council, when it eventually puts its stamp on European law, has a merely ceremonial role. So, in the adjudication of issues concerning the misleadingness of health claims, the European Commission combines the functions of the legislature, the executive and the judiciary. It usurped all powers that should have remained seperate under the trias politica model.

[1] For an elaborate discussion of the “Verbotsystem mit Erlaubnisvorbehalt” and how the European Court of Justice found the application of such a system disproportionate in the field of health claims, see chapters 10 and 11 in my book Health Claims Censored.

Article 367
When did you stop beating your wife !?!?
Article 350
EFSA should assess Health Claims based on Traditional Use
Article 347
The Prison called Food Business
Article 277
Progressively Amending the “Permitted List” = Juggling with the Force of Law
© 2016 Health Claims Censored