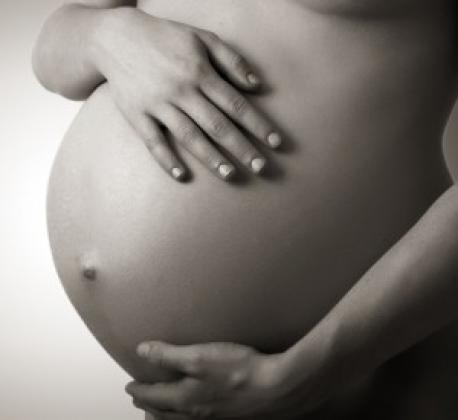 Manufacturers of products offering folate rejoiced when, on 11 July 2013, EFSA published a positive Opinion, suggesting that the claim “Supplemental folate intake increases maternal folate status. Increasing maternal folate status contributes to the reduction of the risk of NTD” may be accepted by the European Commission as a disease-risk-reduction claim. NTD is the abbreviation of “neural tube defects.”

While this is good news for pregnant women and their babies, the reasoning applied by EFSA’s NDA Panel to reach a positive conclusion is of particular interest for the food business industry. In its Opinion, the NDA Panel has opened the door for claiming a direct causal relationship between a deficiency in a food or one of its components and a disease, and an equally direct causal relationship between taking care of the deficiency by supplementing the daily diet and the prevention of the occurence of that disease.

In its Folate Opinion, EFSA consistently uses the term “supplemental folate.” The term implies that we should make up for a deficiency, presumably in the form of a food supplement or through the addition of folate to certain foods intended for use by women of child-bearing age. Other than the folate deficiency that supplemental folate takes care of, no risk factor is mentioned in the Opinion. The folate deficiency isthe risk factor and so, in all its simplicity, supplementing the diet with folate significantly reduces this risk factor.

In Article 14 of the Nutrition and Health Claims Regulation, the EU legislature used the word “risk factor” to create a minute but legally justifiable difference between disease-risk-reduction and disease prevention. In the prevention of diseases, there is a direct and causal relationship between the preventive measure and the occurence of the disease. Preventive medicine or preventive care consists of measures taken to prevent diseases. Prevention targets the disease. This places prevention in the legal context of medicinal products law. Disease-risk-reduction is not prevention, because there is only an indirect, non-causal relationship between the risk-reductive measure and the disease. Risk reduction targets the risk factor, not the disease. This makes disease-risk-reduction claims possible under European Food Law, in casu under Article 14 of the Nutrition and Health Claims Regulation.

The fine difference between risk-reduction and prevention was effaced in EFSA’s Folate Opinion. This makes the folate status claim a straightforward medicinal “disease prevention” claim. After all, when low folate status is the risk, supplemental adequate folate causes the benefit of preventing NTD. However, the risk that the Folate Opinion could be interpreted as endorsing a medicinal claim, is significantly reduced by the systematic insertion of the word ‘risk’, which masks the direct relationship between supplemental folate and the prevention of NTD .

In the “Scientific substantiation of the claimed effect” section of the Opinion, the NDA Panel refers to information published by the National Health and Medicines Research Council of the Australian Government. The Council states that: “Folic acid supplementation in pregnancy can reduce both the occurrence and recurrence of neural tube defects in the newborn (Bower & Stanley 1989, CDC 1992, Czeizel & Dudas 1992, Kirke et al 1993, Laurence et al 1981, Wald et al 1991).” No risk factor is mentioned. There’s a direct and causal relationship between folate status and the occurence of NTD.

In the same section of the Opinion, the NDA Panel refers to a report published in 2006 by the British Scientific Advisory Committee on Nutrition. In point 140, the report states: “There is conclusive evidence from RCTs that folic acid supplementation can prevent NTDs (MRC Vitamin Study Research Group, 1991; Czeizel & Dudas, 1992).”

A more recent systematic review and meta-analysis of De-Regil et al cited by the NDA Panel states: “Five trials involving 6105 women (1949 with a history of a pregnancy affected by a NTD and 4156 with no history of NTDs) were included. Overall, the results are consistent in showing a protective effect of daily folic acid supplementation (alone or in combination with other vitamins and minerals) in preventing NTDs compared with no interventions/placebo or vitamins and minerals without folic acid (risk ratio (RR) 0.28, 95% confidence interval (CI) 0.15 to 0.52).”

Just make sure that in your application for authorisation you insert the words “risk of” before the name of the disease.

[1] For a detailed explanation of the difference between disease-risk-reduction and disease prevention, see chapter 8 in Health Claims Censored.