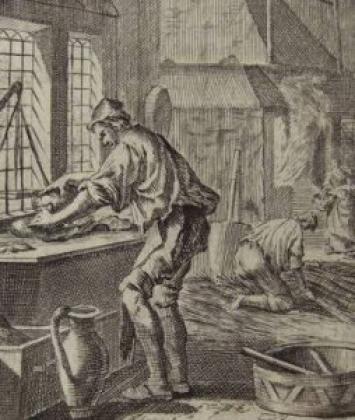 While discussing the effects of the Nutrition and Health Claims Regulation with NutraIngredients’ Shane Starling, Dr. Basil Mathioudakis[1], is quoted as having stated: “You cannot build a sustainable food industry on misleading health claims.”

With all due respect, it’s a puzzling statement.

Long before the year 2007, when the Health Claims Regulation entered into force, European consumers, consumer advocates and competent authorities had at their fingertips a profuse body of European and national consumer protection laws, regulations and case law that opened a horizon-wide window to seek redress of all grievances against business operators who were caught misleading consumers.[2]

As early as 1975, an EU Council Resolution stated that “[t]he consumer is no longer seen merely as a purchaser and user of goods and services for personal, family or group purposes but also as a person concerned with the various facts of society which may affect him directly or indirectly as a consumer.” In view of this visionary concept, the Council specifically addressed:

Long before Consumer Protection laws came into being, in fact, long before any law or regulation came into being, there existed a “food industry.” This industry goes back to the moment when mankind, learning how to better and better sustain itself, developed ways of producing, storing, harvesting, saving, preserving, enriching and cultivating foods.

During the major part of mankind’s history, humans acted without the regulatory guidance of governments and authorities. Had our forefathers chosen unsustainable methods of producing, preparing and preserving food, we would not have existed today. Yet, if my understanding of Dr. Mathioudakis’ words is correct, he suggests or implies that the millenia-old food industry never existed as a “sustainable” human activity. Why not?

Presumably, because the ultimate prerequisite for “building a sustainable food industry” had not yet been fulfilled. The pre-Claims-Regulation food industry was “unsustainable” because, according to Dr. Mathioudakis, there was no system – regulatory or other – that excluded “misleading health claims.” Obviously, the abundance of pre-2007 consumer protection laws, case law and regulations that enabled consumers, consumer advocates and authorities to keep misleading commercial information in check, was insufficient to serve as a basis for a genuinely “sustainable food industry.” Why was this system insufficient?

What that outmoded food industry lacked was the political genius to see how the exercise of its right to speak prior to government authorization stood in the way of building a sustainable industry. Lacking the will to voluntarily and spontaneously waive its fundamental right of freedom of speech, it helplessly lay in wait for government to come and take that right away, so that, in this case, the European Union could lay the public foundation for the promise of a sustainable food industry.

In the European Union, we now have a State-organized, State-run and State-controlled system of distinguishing misleading from correct health claims. We have a system that denies the food industry the freedom to speak. We have a Panel of scientists applying scientific instead of legal criteria to evaluate the misleadingness of health claims. We have a legislature that authorizes health claims on the basis of the Panel’s Opinions and public health policies. We should not complain, but count our blessings. Finally, after all those millenia, we have the European Union at the helm of the food industry to steer it towards a sustainable future.

Article 367
When did you stop beating your wife !?!?
Article 350
EFSA should assess Health Claims based on Traditional Use
Article 347
The Prison called Food Business
Article 277
Progressively Amending the “Permitted List” = Juggling with the Force of Law
© 2016 Health Claims Censored