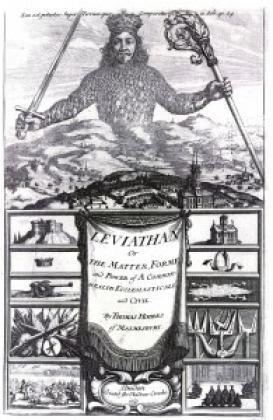 And there was no one left …

By enacting the Nutrition and Health Claims Regulation, the European legislature empowered itself to take full control over nutrition and health claims used in commercial speech. This action was broadly accepted as being an absolute and unavoidable necessity in the protection of consumers against misleading commercial information and to help them make the correct dietary choices.

The ideological and political justification for this kind of government interference, is that business operators cannot be trusted and that commercial communication – advertisements, product labels and so forth – delude customers unless these communications are placed under the total control of the State. The State, in this case the European Union, takes the morally superior position of altruistically serving the public’s interest without seeking any profit for itself.

This is a fallacy. The State does have a self-serving interest. It’s power. While business operators must seek to produce a financial profit to stay in business and thus ensure the continuation of the procurement of their products and services, the State aims at the creation of a continuous surplus of power to ensure that it will be capable to “uphold the claim to the monopoly of the legitimate use of physical force in the enforcement of its order.” [1]

The State protects its interests by denigrating and demonizing financial profit and free business operators as intrinsically in conflict with the interests of consumers. Collectively, consumers are designated as “the public” that needs to be protected. Claiming that it is the ultimate, sole and superior provider of protection, the State must then secure its monopoly on the use of physical force to install and maintain order. Calls for more protection feed the State’s claims for more and more power. In this dwindling spiral, the State depicts consumers as powerless victims that need protection. The successive European Treaties embody this worldview as the concept that the European authorities shall take “a high level of protection” as a base for their legislative acts.

This is how the original idea of creating a Europe where, with due respect to the principle of mutual recognition, goods and people could freely move across national borders so that the internal market would spontaneously develop and prosper, was systematically and gradually perverted. Step by step, European markets were subjected to the ordering principles and measures laid down in the various Treaties and ensuing Directives and Regulations. No word expresses this phenomenon better than the German “Marktordnung.” The perversion finds its origin in the mistaken ideology that natural freedoms and free markets are the cause of all the ills and misery that haunt mankind. [2]

Since the State’s quest for power is irreversible, irrevocable and unsatiable, it is not unthinkable that the European Union’s legislature would decide that it might be a good idea to protect consumers against misleading claims made by, let’s say, automobile manufacturers and to take full control over claims made in their commercial communications. After all, when food business operators can’t be trusted, why would we trust car business operators ! A Regulation, entitled  the “Automobile Benefit and Function Claims Regulation” (ABFCR), would categorically and ab initio prohibit all automobile-benefit claims, including the truthful ones. To mask the totalitarian character of this prohibition of speech, the Regulation would of course contain a derogation clause, permitting the continued use of unauthorized car-benefit claims currently in use for a period of, say, 3 years.

Per the model applied in the Nutrition and Health Claims Regulation, the ABFCR would force car makers to apply for the authorisation of claims concerning the benefits of their vehicles. In the lengthy and demanding applications, car makers shall present to the newly established “European Truth in Cars Authority” (ETCA) generally accepted scientific evidence showing that the benefits they propose for authorisation by the European Union meet both the “generally accepted scientific evidence” and the “cause-and-effect” standards.

Smaller and poorer car makers must accept that they will have to work with “generic” car-benefit claims rounded up and listed by the Member States, consolidated by the European Commission, evaluated by the ETCA and then authorized and legalized by the Commission. This section of the European Register of Car Benefit and Function Claims includes claims such as “Cars are used to transport people from A to B” and “Electric cars are sustainable.”

It is not unthinkable that, encouraged by its successes in placing claims concerning health and automobile benefits under its control, the EU legislature then decides that the time has come to take control over all commercial communication concerning the benefits and functions of products. After all, when food and automobile business operators can’t be trusted, why would we trust the remaining business operators ? And, the principle of equal treatment, still firmly embedded in the Treaty, demands that all business operators shall be treated equally. This Regulation is entitled “Truth in Commercial Communication Regulation”.

The TCCR entails the creation of a “European Truth in Commerce Authority” (ETCA), which is given the task of evaluating the scientific evidence provided by business operators in support of the benefits they propose for authorisation by the Union. Of course, the “high level of protection” principle forms the objective justification for the ex ante prohibition of all benefit-claims – including the truthful ones – made for no matter what category of products. Henceforth, only the benefits that are authorized by the European Union may be used in commercial communication. The TCCR completes the “Ordnung” of all commercial speech in the European Union.

Article 367
When did you stop beating your wife !?!?
Article 339
Who owns our Health ?
Article 205
The Source from which Sprang the United States of America …
Article 235
And there was no one left …
© 2016 Health Claims Censored