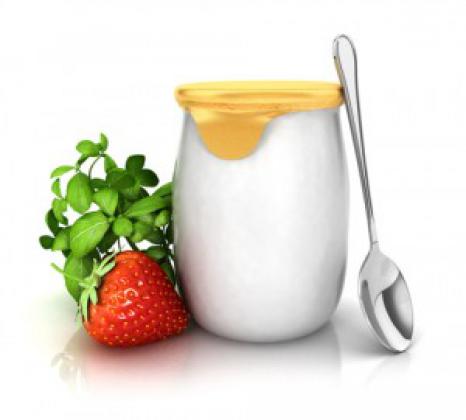 “Probiotics” and “vitamins” are health claims

In their “Urteil,” the German judges focused on the question whether the term “Probiotik” falls within the definitions of the terms “claim” and “health claim” provided, respectively, under Articles 2.2.1 and  2.2.5 of the NHCR. “Claim” is defined as “any message or representation, which is not mandatory under Community or national legislation, including pictorial, graphic or symbolic representation, in any form, which states, suggests or implies that a food has particular characteristics.” “Health claim” is defined as “any claim that states, suggests or implies that a relationship exists between a food category, a food or one of its constituents and health.”

First of all, the European Union’s definition of “claim” is rather curious. It implies that messages and representations that are mandatory under EU or national regulations aren’t “claims.” This would mean, for example, that the mandatory statement “that the disease to which the [disease risk reduction] claim is referring has multiple risk factors and that altering one of these risk factors may or may not have a beneficial effect” [3] isn’t a claim. If this statement isn’t a claim, then what is it ?

Applying the Union’s definition of “claim” to the word “probiotics,” the “Bundesgerichtshof” determined that “probiotics” is no longer a term that designates friendly gut bacteria. The Court concluded that “probiotics” is a “not mandatory” statement or representation (“Angabe”). Therefore, “Probitik” is a claim. Applying this line of reasoning to the term “vitamin” must inevitably lead to the same conclusion. The word “vitamin” is a “not mandatory” statement. Use of the term “vitamin” on the packaging of a food product isn’t mandatory under Union or national legislation. So, “vitamin” is a claim.

The German Federal Court then examined whether the term “probiotics” fits the legal defintion of “health claim.” It reached an affirmative conclusion by reasoning that, stripped from its original biological meaning, the “not mandatory” claim “probiotics” designates foods or food components that have a “probiotical property” (“probiotische Eigenschaft”). The Court held that the average consumer [4] will conclude that a product that has “probiotic properties” entertains a friendly and beneficial relationship with his/her health (“Gesundheitszustand”). So, “probiotics” is a health claim.

Transposing this line of reasoning to the word “vitamin” leads to the inevitable conclusion that, stripped from its biological context, the “not mandatory” claim “vitamin” designates foods or food components that have “vitaminic” properties. Should the question be raised, the Federal Court would have to conclude that the term “vitamin” is a health claim on the grounds that the average consumer will understand that a product that has “vitaminic properties” entertains a beneficial relationship with his/her health. So, “vitamin” is a health claim.

Lets draw this arid and highly juristic way of dealing with reality a bit further. Suppose a food business operator would use the term “ascorbic acid” to avoid penalties for his use of the unauthorized health claim “vitamin.” An attentive Court would have to conclude that ascorbic acid is an acid substance that has antiscorbutic properties. The Court will find that this substance, upon its discovery, was even called “antiscorbutic factor.” Its biological function is to prevent and cure scorbut (scurvy). As history shows, scorbut is a very deadly disease. So, “ascorbic acid” is a  medicinal claim.

Unavoidably, the Court would have to conclude that food business operators using the term ascorbic acid on the label of a food product attribute to that product properties for treating or preventing scorbut in human beings. This would constitute a violation of Article 2.1.b of the European Labelling Directive [5], which says that “[t]he labelling and methods used must not […] attribute to any foodstuff the property of preventing, treating or curing a human disease, or refer to such properties.” In Member States such as The Netherlands, use of a medicinal claim on foods even leads to stringent application of the Medicinal Products Law. Dutch food business operators using medicinal claims on foods are fined tens to hundreds of thousands of Euros for marketing foods bearing medicinal claims.

Indeed, “jede Konsequenz führt zum Teufel.” Indeed, Courts must avoid reasonings that invite the Devil to the table. Indeed, legislators must avoid creating and enacting regulations that permit Courts to dryly draw consequences that contradict reality and lead to the Devil. Indeed, the NHCR, when interpreted literally and without compassion for consumers, produces counterintuitive and counterproductive interventions in what is condescendingly defined as “commercial communication.”

Indeed, the ones that are hit hardest by the NHCR are the European consumers. Hurray ! They are now “protected” against evil food business operators who can no longer use the unauthorized health claim “probiotics.” What a victory. Even the term “live bacteria” seems to be in jeopardy, because the Irish Food Safety Authority considers this to be a health claim. Communicating the property that the bacteria in a product are alive seems to pose great dangers to consumers. Consumers should be content with “lactobacillus acidophilus.” However ! Isn’t “acidophilus” a health claim ? Doesn’t acidophilus mean “acid-loving milk-bacterium” ? Wouldn’t the average consumer conclude that a substance that has “acid loving” properties entertains a friendly and beneficial relationship with his/her health ?