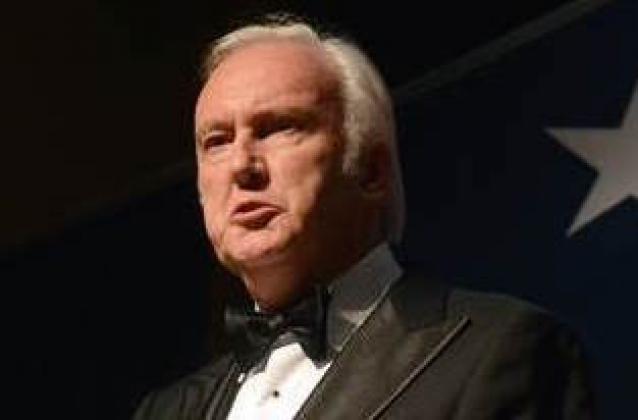 To celebrate Emord & Associates’ 20th anniversary, the American lawfirm organized a Sacred Fire of Liberty event in Cambridge (Maryland). In the world of freedom of speech and freedom of choice, and in the history of the quest for health through dietary supplementation, the firm’s lead-counsel Jonathan Emord’s successful efforts to defend the American industry and consumers against FDA’s attempts to take control over health claims and health-related information are unique and ground-breaking. Emord won no less than eight victories in Federal Courts over FDA speech suppression and Government censorship, more than any other attorney in American history. His victory in Pearson v Shala is a seminal piece in US case law. [1]

In honour of George Washington, the event was entitled the “Sacred Fire of Liberty Gala” [2] and included over 300 people. Among the 5 keynote speakers, who all addressed topics concerning the “reclaiming the American Republic” and health freedom, was author of Health Claims Censored Bert Schwitters. He drew a spontaneous standing ovation for his inspiring Address entitled The Source from which Sprang the United States of America.

In the category Freedom of Informed Choice, excellence awards were given to i.a. the Alliance for Natural Health, the Life Extension Foundation, the Citizens Council for Health Freedom, Dr. Joseph Mercola and Bert Schwitters for his fight for health claims freedom in Europe and for his book Health Claims Censored.

The awards mean that the battle for freedom of speech and freedom of choice isn’t over yet. It’s a work in progress. Governments all over the world are trying to confiscate commercial communication and use it for the purpose of influencing choices made by consumers. Governments claim that their vision of what’s truthful information is superior and must therefore override and replace the information of business operators, even when that information is truthful and non-misleading.

In Europe, this has led to the unconditional and irrevocable silencing of business operators in the field of nutrition and health claims. Even truthful health claims are prohibited by way of a prior constraint that affects all commercial communication. In the Europe Union, the European bureaucracy now has full control over nutrition and health claims. Food business operators may use claims listed in a public register that is controlled and operated by the Union’s bureacracy.

Today, in the European Union, probably 95% of what consumers read on the labels and packagings of foods and food supplements is strictly and meticulously, word by word, controlled by the European Union. Most of it is mandatory information that business operators must place on their products. Most of what’s left of the “voluntary” information is also controlled by the European Union. The European Health Claims Regulation reflects the false idea that free markets will inevitably fail and that, equally inevitably, consumers will suffer unless industry and business operators are placed in a legal straightjacket bearing the words “guilty until proven innocent.”

These problems also exist in the US, where hundreds of restrictive regulations are endowed with the force of law in spite of the fact that they violate the Constitution, the Bill of Rights and the Declaration of Independence. But at least, the US still has a First Amendment that says that Congress shall make nolaws to abridge the freedom of speech.

The European version of the “First Amendment” can be found in Article 10 of the Council of Europe’s Convention for the Protection of Human Rights and Fundamental Freedoms as the fundamental freedom “to hold opinions and to receive and impart information and ideas without interference by public authority and regardless of frontiers.” However, in Article 10(2), the authors of the EU Convention seriously restricted this freedom by stipulating that it “may be subject to such formalities, conditions, restrictions or penalties as are prescribed by law and are necessary in a democratic society, in the interests of national security, territorial integrity or public safety, for the prevention of disorder or crime, for the protection of health or morals, for the protection of the reputation or rights of others, for preventing the disclosure of information received in confidence, or for maintaining the authority and impartiality of the judiciary.”

So, the EU Convention subjects the Freedom of Expression to the laws and regulations prescribed by “Public Authority” on the basis of “what it deems necessary” in practically all fields of life. This makes that the Nutrition and Health Claims Regulation constitutes a prohibition of the freedom of speech “prescribed by law.” It cannot be challenged before a Court of Law on the basis of the principles of freedom of speech and freedom of choice. What may be said and what may be heard about the relationship between nutrition and health depends completely and exclusively on the ideas held by public authority.

In the US, Jonathan Emord successfully defended and defends the principles of freedom of speech and freedom of choice on the basis of the First Amendment. In Europe, what will probably be the last legal battle over the legitimacy of the European Union’s actions to take control of health claims is taking place at the European Court of Justice, where the Dutch and English Health Products Associations and several companies challenged the European Commission Regulation 432/2013/EC of 6 May 2012, establishing a list of permitted health claims made on foods. The complaint was filed on the 2nd of July 2012. [3] The Court’s judgment is not expected before 2015 ……..