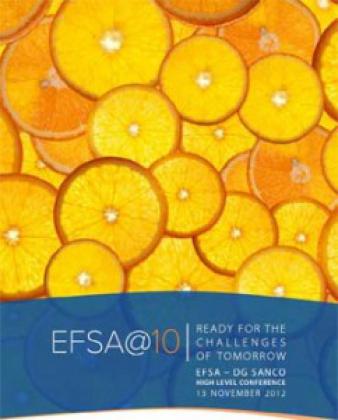 The Risk to Public Health posed by Health Claims Laws

Since the enactment of the European Nutrition and Health Claims Regulation, the bureaucractic pinnacle of the scientific assessment of knowledge concerning the effects of foods on human health is located in Parma (Italy). To be precise, it is located at the bureaux of the Panel on Dietetic Products, Nutrition and Allergies (NDA Panel) of the European Food Safety Authority (EFSA). EFSA and its Panels derive their position of authority from the European Union as the latter’s exclusive

“Politikberater” in the field of nutrition and related subjects. The NDA Panel consists of 20 scientists.[1] One of their tasks is to distinguish correct from misleading health claims. This is how the NDA Panel’s Opinions affect and influence the dietary pattern of over 500 million people.

The Health Claims Regulation finds its political origin in the Union’s desire to protect its population against vaguely formulated and rather uncertain risks that might possibly occur when consumers are exposed to misleading nutrition claims placed on safe and legitimately marketed, yet “undesirable” foods. To reach this highest level of protection, the European lawmakers instructed EFSA – the NDA Panel – to verify that health claims are substantiated by scientific evidence. No more, no less, except that EFSA must also verify the “understandability” of health claims. The 2 criteria can be found in Article 16.3, which reads:

“In order to prepare its opinion, the Authority shall verify:

(a) that the health claim is substantiated by scientific evidence;

(b) that the wording of the health claim complies with the criteria laid down in this Regulation.”

Per its original Latin roots, the word “evidence” means “ex videns,” which means “from seeing.” By expressly stipulating that the evidence required for the substantiation of a health claim must be scientific evidence, the EU legislature took the position that scientists – especially those tasked with “Politikberatung” – can “see” farther, better, sharper or more, presumably because they apply methods of “seeing” not normally applied by politicians, lawmakers and other laypersons.

The NDA Panel is not in the business of checking whether that which was claimed as “seen” was “seen by scientists.” No, the members of the Panel are in the business of reviewing whether what was claimed as “seen” by their peer-scientists must be considered as “seen correctly” or as “seen incorrectly.” When it comes to “seeing,” it seems that not all scientists can be trusted, at least not as “Politikberater.” Their claims need verification. Which is why the Union installed EFSA to organize panels of selected “seers” capable of “seeing,” without any commercial, religious, ideological, intellectual or scientific bias, whether what was reported as “seen” by fellow-scientists was “really seen.”

Verification means “making of truth.” It is the act of confirming that what was claimed as “seen” was “seen” correctly and verifiably, so that the claim can be honored as substantiated and true. The fact that lawmakers accept only verified scientific evidence as the basis for making laws implies that, until and unless verified by the Scientific Verification Authority appointed by the lawmaker, all knowledge that has not undergone such a verification – in casu all knowledge concerning the relationships between nutrition and health – must a priori be disqualified as “claimed” knowledge that is unfit for lawmaking. When the State empowers itself to confiscate – “nationalize” – knowledge to thereafter authorize it by law on the political condition that it has been verified and that it complies with the State’s nutrition and health policies, the authorization must unavoidably be preceded by the a priori disqualification and prohibition of all knowledge, including knowledge that is the result of scientific research.

The NDA Panel’s Opinions form the basis for European health claims laws that primarily aim at excluding misleading information from commercial communication. This is a purelyeconomic context. What remains unseen, hidden, undiscussed and unattended, is that an effort to protect consumers against the risk of economic harm possibly posed by health claims, will unavoidably also have effects on health. In this regard, it is tacitly assumed that there exists no negative relationship between the NDA Panel’s Opinions, the health claim laws based on them, and the uncertain risk that these Opinions and the ensuing laws might pose to the mental and physical condition of over 500 million people. This assumption was never researched, never proven, never verified.

Article 7 of EU’s General Food Law (Regulation 178/2002/EC) provides that in specific circumstances, where the possibility of harmful effects on health is identified but scientific uncertainty persists, the Union must apply the precautionary principle. The EU legislature loves this principle, because it reverses the burden of proof and allows for unlimited and highly restrictive lawmaking. However, there is no reason why the principle would not apply to lawmaking. Which means that no legal action shall be undertaken until the lawmaker has provided convincing evidence that no harm will occur. This makes that, in the case of health claims, “precautioner” and “precautionee” are one and the same. The legislature is the “precautionee” who must deal with the uncertainty that its own precautionary health claims measures might pose an uncertain risk to public health.

In view of the risk that health claims laws might possibly pose to human health, the European Union must take precautionary action in accordance with Article 7 of Regulation 178/2002/EG and immediately instruct EFSA:

Until these 2 claims are verified as substantiated by scientific evidence, no further law-making shall be undertaken in the field of health claims and all existing health claims laws must be placed on hold.