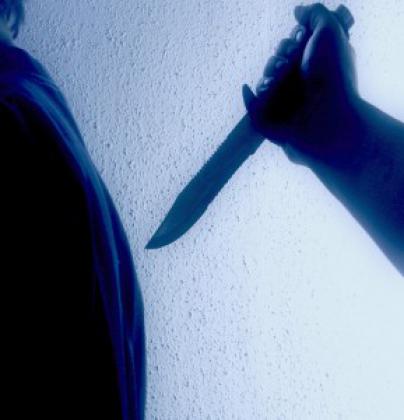 The political murder of a health claim

When the EFSA-approved health claim concerning the positive relationship between carbohydrates and brain function was sent to an early grave by the European Parliament, one of its more enlightened members reportedly argued that this claim was “ridiculous,” because “there was no evidence for a carbohydrate deficiency in Europe …” He also said: “EFSA is right. This contributes to normal brain function … but there is no benefit of this health claim.” [1]

Per the criteria laid down in the European Nutrition and Health Claim Regulation, EFSA is supposed to check whether the foodstuff is sufficiently characterised, whether the claimed relationship between a foodstuff and health is one of the cause-and-effect type, and whether the effect is beneficial. In its carbohydrates & brain function Opinion [2], EFSA’s NDA Panel concluded:

The claimed effects are ‘mental performance’ and ‘cognitive/mental performance; alertness; attention; memory’. The target population is assumed to be the general population. In the context of the proposed wordings, the Panel assumes that the claimed effects refer to the maintenance of normal brain function. The Panel considers that maintenance of normal brain function is a beneficial physiological effect.

Glucose is the preferred energy source for most body cells. The brain requires glucose for its energy needs.

The Panel concludes that a cause and effect relationship has been established between the consumption of glycaemic carbohydrates and maintenance of normal brain function.” (emphasis added)

So, it is with the highest level of scientific certainty that we can say that here we have a rock-solid health claim concerning an established beneficial effect unequivocally caused by a sufficiently characterised foodstuff. Yet, contrary to the findings of the NDA Panel, the European Parliament sees “no benefit” in exposing consumers to this truthful and scientifically verified health claim, because … there is “no benefit of this health claim” and because there is no evidence for a deficiency in this particular foodstuff.

Let’s think about this “ridiculous” argument for a moment.

The European Union has authorized 2 health claims for water: “Water contributes to the maintenance of normal physical and cognitive functions” and “Water contributes to the maintenance of normal regulation of the body’s temperature.” Is there a deficiency of water in the European Union ? Asking the question is answering it. Of course there is no water-deficiency in Europe. Yet, the EU Parliament did not wield the “no-deficiency” argument. It had no objections.

The Union has also authorized 3 health claims for protein. When taken together, these claims state that protein contributes to normal bones and growth in and maintenance of muscle mass. Is there a deficiency of protein in Europe ? No, there is no such deficiency. Yet, the EU Parliament had no objections.

What’s so interesting about the “no-deficiency” argument, is that, according to the EU Parliament and the Council, there are no deficiencies in Europe, because “[a]n adequate and varied diet can, under normal circumstances, provide all necessary nutrients for normal development and maintenance of a healthy life in quantities such as those established and recommended by generally acceptable scientific data.” [3]

Admittedly, the Parliament and Council qualified this claim by admitting that “…, surveys show that this ideal situation is being achieved neither for all vitamins and minerals nor by all groups of the population across the Community.” But this observation merely served as an excuse to regulate the addition of nutrients and certain “other substances” to foods, so that the ideal “no-deficiency” situation can be achieved by “[f]oods to which vitamins and minerals have been added.” These foods “appear to make an appreciable contribution to the intake of these nutrients and as such may be considered to make a positive contribution to overall intakes.”

In the event that the European legislature’s contributions to the “normal development and maintenance of a healthy life” might not conclusively exclude the potential existence of some unidentified deficiencies per se, account must be taken of the fact that practically all authorized health claims for vitamins and minerals are accompanied by conditions that permit their use for foods containing only 15% of the “quantities such as those established and recommended by generally acceptable scientific data.”

Lest we forget, all these “intake-of-essential-nutrients” opinions form the foundation for all European legislation concerning nutrients, including the legalised conditions of use accompanying authorized health claims. In this particular regulatory context, it is ascertained, acknowledged and determined by law that all groups of the population across the Community achieve at least an intake level of >15% of the recommended intake.

Yet, the Parliament that helped craft these regulations saw no problem in giving almost 200 health claims [4] for essential nutrients a pass, even though it officially holds that there is no evidence for a deficiency in Europe in any of the essential nutrients. Then comes along an EFSA approved health claim for carbohydrates, and all of a sudden the “no deficiency” argument is arbitrarily wielded to kill the claim.

It isn’t easy to get a health claim approved by the NDA Panel, which must apply the “generally accepted scientific evidence” and “cause-and-effect” criteria laid down in EU Regulations and the Commission’s Terms of Reference. Even when the Panel gives its blessing, health claims are still “free game” that may be hunted down in the political circus on grounds ranging from “undesirable” to “ridiculous”. It shows the utter disrespect for the principle of legal certainty that bona fideapplicants of scientifically valid and beneficial health claims may encounter at the highest level of the Union’s institutions, where the force of law was arrogated by those who arrogated “good intentions” to “unselfishly” control other people’s dietary behaviour.