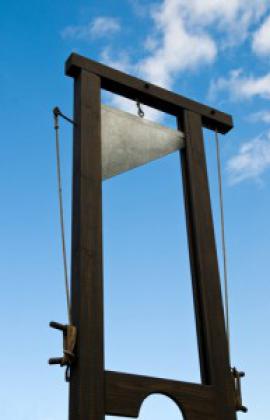 The rather simple problem that the Nutrition and Health Claims Regulation lacks a procedure for documenting, assessing and authorizing health claims concerning the traditional use of foods has led to efforts to consider and establish rules concerning the quality and safety of “botanicals.” These efforts take place in the context of what the European Commission described in its 2012 Claims on Botanicals Discussion Paper as “a more comprehensive reflection on the use of botanicals in foods which would extend to issues other than the proof of the efficacy of botanicals and the relevant communication to consumers in the form of health claims.” [i]

In this Paper, the Commission gave a clear hint that quality and safety are not the only aspects that could be considered. There are “other elements,” so wrote the Commission. Inasmuch as these considerations aim at creating a harmonized system, “one element to take into account would clearly be whether the existing differences in Member States’ approach with regard to which botanicals can be used in foods would result in obstacles to the free circulation of foods containing botanicals in the internal market. This would be a pre-condition to justify harmonisation at EU level on grounds of proportionality and subsidiarity.”

Besides this, different safety-approaches concerning vitamins and minerals were fully harmonized in 2002 by way of the Food Supplement Directive. Since 2006, differences between safety-approaches concerning other physiological active substances – such as “botanicals”- must and can be resolved via Article 8 of Regulation 1925/2006/EC. In 2012, Commission Implementing Regulation 307/2012 explained in greater detail how Article 8 must be applied, so that all Member States can precisely and meticulously monitor the safety of “other substances” used as or in foods and food supplements.

Other than this, Article 14 of EU’s General Food Law provides very explicitly that foods and foodstuffs shall not be placed on the market unless they are safe. This makes it practically impossible that obstacles to the free movement of “botanicals” and other “other substances” could be raised in the internal market of the European Union on the basis of the “elements” broadly designated as “quality” and “safety.”

No more than a cursory glimpse of the relevant European case law is needed to see that the “element” raised by Member States to create obstacles to the free movement of products embodying “botanicals” is their “pharmacological” effect. This “obstacle” is well known at the European Court of Justice, which had to deal with it so many times, that we now have a well established and consistent body of case law describing precisely how and when this “obstacle” may be used to stop the free movement of products legitimately sold under Food Law. The Court drew a distinct borderline to separate medicinal products from food products.

The Court has constantly held that, in determining the status of a product (food-product or medicine “by function”), no less than 6 criteria must be taken account of:

“For the purposes of determining whether a product falls within the definition of a medicinal product by function within the meaning of Directive 2001/83, the national authorities, acting under the supervision of the courts, must decide on a case-by-case basis, taking account of all the characteristics of the product, in particular [1] its composition, [2] its pharmacological properties to the extent to which they can be established in the present state of scientific knowledge, [3] the manner in which it is used, [4] the extent of its distribution, [5] its familiarity to consumers and [6] the risks which its use may entail.” [ii] (emphasis and numbering added)

Emphasis is often laid on the 2nd criterion, the pharmacological effect, as if this criterion, when fulfilled, would suffice to conclusively affirm the medicinal status of a product. However, in Case C-140/07 (“Red Rice”), [iii] the Court explicitly confirmed in point 2 of its Judgment that in all individual cases all criteria must be checked:

“Article 1(2)(b) of Directive 2001/83, as amended by Directive 2004/27, must be interpreted as meaning that the characteristics of the manner in which a product is used, the extent of its distribution, its familiarity to consumers and the risks which its use may entail are still relevant to determining whether that product falls within the definition of a medicinal product by function.”

Another important aspect of the Court’s instructions, is that the evaluation of the 6 “by function” criteria must take place on a case-by-case basis, i.e. per each individual – industrially prepared – finished product. In this regard, the Court’s case-law precludes a “food or medicine” type regulation of “botanical” or other ingredients that are not embodied in a finished product. There is no borderline that determines when a certain “botanical” or other “other substance” is a food- or a medicine-ingredient.

This borderline can and may only be applied to determine the status of an individual finished product. Lists that incorporate or that are based on borderline elements can only concern well designated finished products that have been evaluated by taking into account the 6 “medicine by function” criteria laid down in EU’s case law.

Only safety and bioavailability

Evidently, “botanical” and other “other substances” can be regulated by way of negative and positive lists, but, according to the European legislature, such regulations should exclusively consider the elements of safety and bioavailability. In its Judgment made in the Joined Cases C-154/04 and C-155/04, [iv] the ECJ explicated in precise terms that the EU legislature’s criteria for regulating ingredients (in casu forms of vitamins and minerals not embodied in products) are safety and bioavailability, to the exclusion of criteria of function, such as nutritional or medicinal needs:

“65. As is stated in the 4th recital in the preamble to Directive 2001/15, the selection of the substances identified in the annex [(forms of) vitamins and minerals] to the directive took into account criteria of safety and availability for use by humans, criteria referred to in the 11th recital to Directive 2002/46.”

“85. […] As the claimants in Case C 154/04 have observed, although the proposal for the directive mentioned at paragraph 37 of this judgment provided for a second criterion, namely that the vitamins and minerals in question should be ‘considered essential nutrients’, as is shown by the 7th recital in the preamble to the proposal, that criterion is no longer included in the 9th recital to Directive 2002/46. As regards the list in Annex II to the directive, it is apparent from the 11th recital that the only relevant criteria are those relating to the safety and bioavailability of the chemical substance in question of member states.” (emphasis added)

“86. Such statements show that the relevant criteria for the purposes of the positive lists [of (forms of) vitamines and minerals] and the application of the procedure for modification of those lists can, as conceived by the Community legislature, relate only to grounds of human-health protection, to the exclusion of considerations concerning nutritional needs.”

1) prohibited (in case a substance is found to pose a risk to human health),
2) restricted (allowed under certain conditions of use) or
3) placed under Union scrutiny for further evaluation, if the possibility of harmful effects on health is identified but scientific uncertainty persists.

With regard to the “under scrutiny” substances, food business operators, or any other interested parties, may at any time submit for evaluation to the European Food Safety Authority a file containing the scientific data demonstrating the safety of the substance under the conditions of its use in a food or in a category of foods and explaining the purpose of that use. [iv] It is obvious that the only criterion that may be applied to prohibit, restrict the use of or place under scrutiny a certain “other substance” is the element of safety. The Article 8 procedure is in line with European case law. Procedures and lists containing restrictive elements other than safety and bioavailability aren’t.

The “medicinal product by function” borderline drawn by the ECJ in European case law is in conformity with the relevant aspects of European Food Law. Use of the pharmacological cut-off point in positive and/or negative lists implies a redefinition of that borderline to the detriment of the food supplement industry. This idea short-cuts European case law by first isolating the pharmacological effect from the context of the Court’s 6 examination-criteria and then applying it to ingredients instead of finished products.

Ingredient-lists that incorporate the “pharmacological guillotine” conflict with European case law, which says that the only 2 elements that may be considered to establish cut-off points (maximum levels) for ingredients are their safety and bioavailability. Nutritional and/or medicinal function may not serve as cut-off points for regulating market entry of (botanical) ingredients.

It is in the interest of the European food supplement industry, that botanicals shall remain regulated by strictly following existing and well established rules laid down in the harmonized procedure of Article 8 of Regulation 1925/2006/EC and Commission Implementing Regulation 307/2012, and that a separate Regulation shall be designed for the use of traditional health claims in commercial communication.