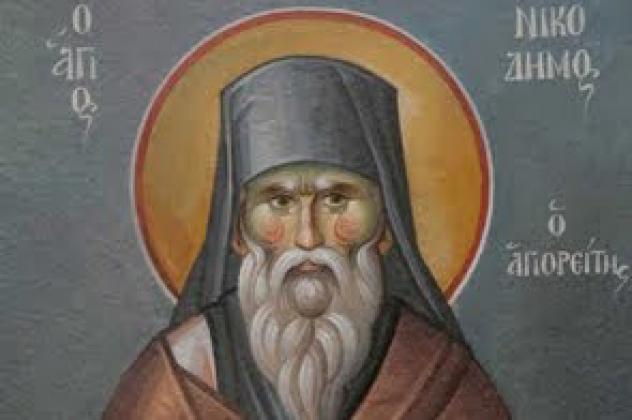 The New Testament and the European Health Claims Regulation

The Bible isn’t the most obvious yardstick to assess the value of the Nutrition and Health Claims Regulation and the principles on which it rests. If the Bible is brought up in this context at all, the Book is mostly ridiculed.

Among the 44.000 health claims that were rounded up by the Member States prior to their administration by the Commission and subsequent assessment by EFSA, there was a claim for which the applicant had made reference to the Old Testament. That quotation from Ezekiel ended up in the corner of “silly references” as similar in rank to The complete idiot’s guide to total nutrition for Canadians. [1]

Probably, EFSA is right when it holds that the Bible cannot be used as a scientific textbook that can be used to scientifically substantiate health claims. Still, the Book is regarded as a moral compass by many citizens of the European Union, not excluding many of its leaders. The Christian Democratic fraction of the European parliament is a large and highly influential group. Top Europeans such as José Manuel Barroso and his successor Jean-Claude Juncker share a christian background.

“The Union,” so says Article 2 of the “Lisbon” Treaty, “is founded on the values of respect for human dignity, freedom, democracy, equality, the rule of law and respect for human rights, including the rights of persons belonging to minorities.” According to the Treaty’s preamble, when they incorporated these values into the Treaty, the contracting Member States drew inspiration “from the cultural, religious and humanist inheritance of Europe, from which have developed the universal values of the inviolable and inalienable rights of the human person, freedom, democracy, equality and the rule of law.”

Unfortunately, on the political workfloor, where European regulations are being wrought, the solemn words that decorate the Union’s Preamble remain what they are. Words, words, words. Words that, once emptied of their genuine meaning, may be mangled to mean that the rule law may be corrupted to alienate some human persons from their inviolable fundamental freedoms and rights in the name of protecting other human persons considered “more equal.”

The Nutrition and Health Claims Regulation alienates the human persons profiled as “food business operators” from their fundamental freedom to speak. It unconditionally suppresses their speech before that speech has been spoken. In the silence thus produced by the Union’s legislature the only words that may be spoken are those officially authorized, proclaimed and dictated by the very same legislature. The fundamental freedom to receive information still exists, but all there is to listen to are the words authorized by the State that is officially “founded on the values of respect for human dignity, freedom, democracy, equality, the rule of law and respect for human rights, including the rights of persons belonging to minorities.”

Undeniably, Christianity forms a seminal part of the religious inheritance from which the contracting Member States drew inspiration. What’s more, the New Testament does have something to say about the “rule of law.” In chapter 7:51 of the Gospel of John, Nicodemus, the Pharisee who was loyal to Christ, asks: “Does our law condemn a man without first hearing him to find out what he has been doing?”

I wish you a Merry Christmas.