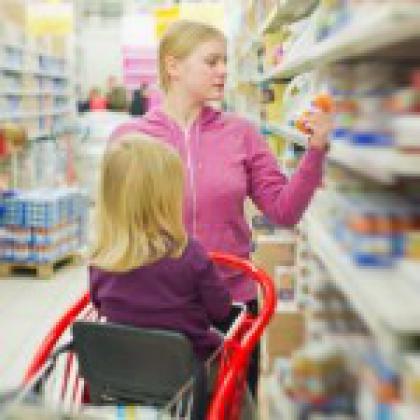 The European Health Claims Regulation changes the pattern of risk and will commercialize science.

In 1994, in a seminal piece entitled “It’s Big Government, Stupid,” American conservative David Frum wrote: “The great, overwhelming fact of a capitalist economy is risk. Everyone is at constant risk of losing his job, or having his business destroyed by a competitor, or seeing his investment portfolio crash. Risk makes people circumspect. It disciplines them and teaches them self-control.” Government subsidy, according to Frum, enables many who are not rich “to engage in destructive behavior without immediately suffering the consequences.” In other words, public finance changes the pattern of risk and therefore the allocation of resources.

How does authorized public speech in the sector of “health claims” change the pattern of risk ?

Formerly, there existed a natural pattern of risk that exposed the food industry to the risk that consumers would refuse to buy or stop buying their products for miscellaneous reasons, such as bad taste, high price, low quality, false claims and whatever else consumers don’t like. Conversely, consumers were exposed to the risk that products would not satisfy their needs, and this is what made and kept them circumspect and observant. In the long run, suppliers of tasty, well-priced, and, if possible, wholesome food products would always win consumers’ preference.

Now that approximately 90% of the content of all food product labels consists of “authorized public speech,” meaning speech fully controlled, authorized and issued by the European Union, industry is forced to obey the demands and wishes of the European bureaucracy, that, in loco of the consumer, determines which consumer needs and dietary choices will be and which ones won’t be satisfied. The new pattern of risk is the pattern organized and imposed by the European bureaucracy.

Instead of listening to what consumers like and dislike, that bureacracy caters to the demands of consumer advocates, “welfare state” politicians, “carbon footprint” ideologues, dietary choice activists, sustainability pressure groups, consultants who “think green,” and, last but not least, food companies fitting the “too big to fail” size. Lest we forget, responding to the new pattern of risk, the bureaucracy itself makes considerable efforts to also manage the secondary risk it constantly faces in its management of the primary risks that consumers are allegedly exposed to.

When you change the pattern of risk, you get different allocations of resources, in this case resources allocated to the scientific research that must meet the bureaucracy’s standards of allowing the use of scientific outcomes in commercial communication. Under the influence of this bureacracy-imposed pattern of risk, the methods of testing consumer satisfaction and personal appraisal of a product’s health benefits are being replaced by methods that must produce politically correct and bureacratically acceptable outcomes, the safest outcome being: “generally accepted scientific evidence.”

Paradoxically, instead of stripping commercial influences from science and replacing commercial by genuinely public information, this new public pattern of risk will radically commercialize science. Where the scientific field of nutrition and health used to be the habitat of a wide variety and diversity of privately and publicly funded researchers, we now enter an era in which science will be – literally speaking – incorporated. Following the pharmaceutical model, companies that can afford it will take full control over the development and management of clinical trials, so that, first of all, the data will be proprietary, and, secondly, the health claims will specifically apply to their own products or compounds.

This is how the allocation of private – corporate – financial resources will eventually commercialize science to produce State-conform yet “proprietary” public speech that may be used in commercial communications. The State is happy because it doesn’t have to allocate public finance to produce public speech that meets political and socially correct criteria. The food business operators capable of spending sufficient resources are happy, because, by controlling the products and the product-specific clinical trials and research, the public health claims they produce will be theirs nonetheless and market entry for competitors will become extremely difficult if not impossible. In terms of the pattern of risk, this is how companies Big Enough to enter into this marriage with Big Goverment are capable of considerably reducing the risk they would run in a capitalist economy.

How’s that for a business model !