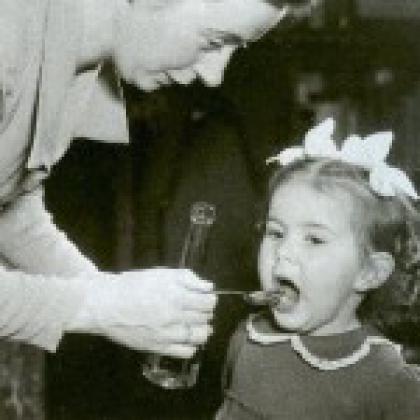 Let’s focus on “traditional use” not on “botanicals”

The discussion regarding the traditional use of foods in human health is incorrectly and discriminatorily framed as a discussion about “botanicals.” The genuine legislative problem concerns the disparity between the requirements for scientific substantiationlaid down in the European Nutrition and Health Claims Regulation 1924/2006/EC (NHCR) and those laid down in the Traditional Herbal Medicinal Products Directive 2004/24/EC (THMPD).

Where, in the THMPD, the lack of positive outcomes of randomised controlled clinical trials (RCTs) creates the condition for market entry for traditional medicinal products, the NHCR provides that lack of RCTs shall prohibit the authorisation of traditional health claims for use in commercial communication. While the THMPD provides that bibliographical and/or expert evidence of traditional use forms adequate and sufficient evidence for a traditional medicinal registration, the NHCR provides that the European Food Safety Authority (EFSA) shall reject similar evidence as insufficient for the inclusion of the relevant health claim in the Union Register of Health Claims.

Two years ago, the European Commission made it known in a press release that its Article 13.3 list of permitted claims would be established “in two steps”. “First,” so wrote the Commission, “the list of permitted health claims for all substances other than so-called ‘botanicals’ will be adopted in a single step. Subsequently, the claims regarding the botanicals will be considered.” According to the Commission, the decision to seperate foods and foodstuffs by classifying some as “so-called ‘botanicals’” and others as “other than so-called ‘botanicals’” was caused by a “potential problem,” which it mispresented as “a difference in the treatment of botanical ingredients under the legislation on health claims and that on Traditional Herbal Medicinal Products (THMP).”

Unless one misinterprets or misunderstands the NHCR, this Regulation does not concern ingredients. Plainly and evidently, its subject matter, scope and structure concern the harmonisation of health claimsused in commercial communication. The Regulation does not harmonize, arrange, organize or otherwise regulate the foods and foodstuffs (“ingredients”) cited in the conditions for the use of the claims. The problem concerns the difference in treatment of traditional health claims and traditional medicinal claims, in particular the fact that, given the absence of evidence sufficient for a full pharmaceutical registration, the THMPD provides that an applicant may provide “detailed references to published scientific literature that the constituent or the constituents of the medicinal product has or have a well-established medicinal use with recognised efficacy.”

In fact, there is no reason why vitamins and minerals should not have their place in a legal framework that organizes traditional use of foods and foodstuffs. Vitamin D was identified as the antirachitic factor 87 years ago, i.e. in 1925. In 1936, its structure – in cod liver oil – was identified. Some 80 years ago, during the early 1930s, vitamin C was identified as ascorbic acid, the anti-scorbut factor. Almost 100 years ago, in 1915, Vitamin B1 was found to prevent beri-beri.

Demanding demonstration of “cause and effect” as the outcome of randomised controlled clinical trials has already destroyed many traditional health claims. Traditions came into being as a result of human conduct, not as a result of scientific research, clinical trials, authority or legislation. In designing a Traditional Health Claims Regulation, we take account of the various different health traditions in the various Member States. It is precisely in the field of traditional use that authority and the application of the highest possible scientific standards have no place whatsoever.

In line with the THMPD, the most straightforward solution for organizing the traditional use of foods would be to accept complete symmetry between the THMPD and the Nutrition and Health Claims Directive. In analogy with the text of the THMPD, traditional health claims should therefore be organized by way of a Regulation on Traditional Health Claims, that should complement Regulation 1924/2006/EC.