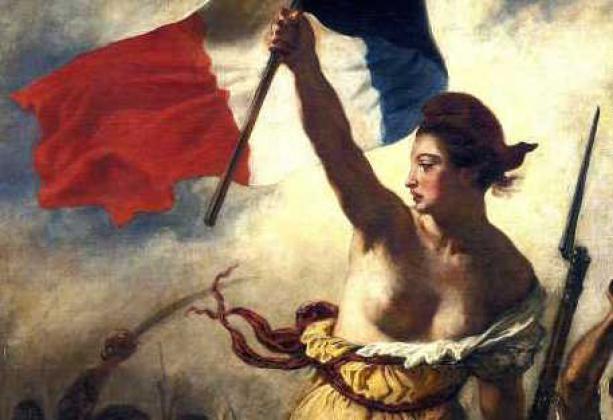 On Sunday, millions of French protesters took the streets, insisting that freedom, especially the freedom of expression and the freedom to communicate, are part and parcel of our Western civilization. In Paris, political leaders marched ahead of the masses to underline their commitment to defend the freedom of speech. For a brief moment, everyone was Charlie.

In the European Union, the business operators who, every single day, week in week out, year in year out, tirelessly bring food to the millions of Charlies and their leaders must do without that treasured freedom of speech. Their speech is prohibited before they say a word. Their right to communicate freely was taken from them not because of what they said or intended to say, but because of what they are. They were Charlie long before everyone was Charlie.

When one deprives someone of his freedom of speech before speech is uttered, it is crystal clear that it is not the speech that gives rise to the prohibition. It is the identity of the speaker. Prohibiting speech concerns speech, not the speaker. For speech to be prohibited, it must be spoken first, so that we all know what it is we’re not supposed to say. Prohibiting a speaker to speak is an entirely different thing, because it disqualifies the speaker for what he is, not for what he said or has to say.

Read what the European legislators have to say about the freedom of speech when it comes to food business operators:

“Health claims shall be prohibited unless they comply with the general requirements in Chapter II and the specific requirements in this Chapter and are authorised in accordance with this Regulation and included in the lists of authorised claims provided for in Articles 13 and 14.

A food business operator making a nutrition or health claim shall justify the use of the claim.

The competent authorities of the Member States may request a food business operator or a person placing a product on the market to produce all relevant elements and data establishing compliance with this Regulation.”

These words imply that speech shall be prohibited unless authorized by the State and that the use of State-authorized speech must be justified and accompanied by all relevant elements and data demonstrating compliance with the Regulation.

Now read this as if the Regulation concerned cartoons:

“Cartoons shall be prohibited unless they comply with the general requirements in Chapter II and the specific requirements in this Chapter and are authorised in accordance with this Regulation and included in the lists of authorised cartoons provided for in Articles 13 and 14.

A publisher who publishes a cartoon shall justify the use of the cartoon.

The competent authorities of the Member States may request a publisher or a person publishing a cartoon to produce all relevant elements and data establishing compliance with this Regulation.”

Indeed, food business operators sont Charlie. They were permanently and unconditionally disqualified by the European political leaders, some of whom, on Sunday, walked ahead of the millions of Charlies who gave a live demonstration of the fact that freedom of speech is not a right but an unalienable fundamental freedom.