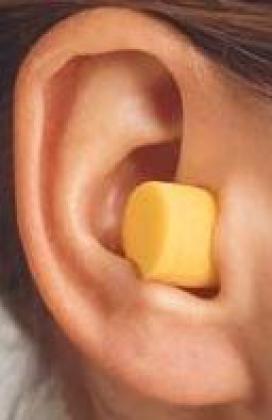 In 2005, the European Parliament evaluated the Commission’s draft proposal for a Nutrition and Health Claims Regulation. [1] Here’s the first part of an anthology of the parliament’s wise observations. They speak for themselves and in view of the enormous problems created by the Regulation, they proved to be one hundred percent correct.

“It is essential for consumers to have precise and meaningful information about the foods that they use on a daily basis. A substantial proportion of such information is supplied by the manufacturers themselves. In addition to factors such as price, it may influence purchase decisions. However, European food manufacturers do not operate in a legal vacuum. There is already a multiplicity of national and European rules on labelling and nutritional information. In addition, there is a general ban on misleading advertising.

Article 10 of the draft regulation provides for a single authorisation procedure, lasting several months and conducted by a European food agency, for the use of health claims in food advertising. This proposal is bureaucratic, impractical and, especially in the light of the Lisbon strategy, unacceptable. Your draftswoman supports the Commission’s aim of embodying the requirements regarding food labelling and advertising in practical measures, but roundly rejects the proposed grandiose prior assessment procedure.

In general terms it is more than doubtful whether poor dietary habits within the European Union can actually be combated successfully with this regulation. There is no doubt that the growing number of overweight people in our modern society is partly the outcome of poor drinking and eating habits, but other factors, such as a lack of mobility, environmental pollution or stress, may also have a bearing on these. These developments will certainly cause health costs to rise in future, so that action must be taken to counter them. Your draftswoman considers, however, that regulating advertising for foods will not prevent this phenomenon. The causes are not be found in unrestricted advertising for foods, but in other social factors. If we wish to change dietary habits in the long term, and have a positive influence on them, we should not rely solely on bans and restrictions. In the long term, the only remedy can be dietary habits which are recognised and accepted by consumers. In this context more can be achieved by educational campaigns, of which there are already many national examples, than by a new system of State control.

In accordance with the general principles embodied in the Regulation establishing the European Food Safety Authority, the present regulation should establish a requirement for proportionality in relation to the nature of the claims made for products: for example, a higher level of scientific substantiation should be required for ‘reduction of disease risk claims’ than for ‘functional claims’.

It is sufficient if, instead of an expensive authorisation procedure, it is ensured that the health claims asserted are scientifically verifiable.

The draft regulation provides for a single authorisation procedure, lasting several months and conducted by a European food agency, for the use of health claims in food advertising. This proposal is bureaucratic, impractical and, especially in the light of the Lisbon strategy, unacceptable. The prior assessment procedure and the associated administrative provisions should therefore be abandoned. It is sufficient, instead, if it is ensured that the effect of the health claims reflects long-established, recognised science.

The concept of classifying foods as products with a beneficial nutritional profile and products with a less beneficial profile contradicts the idea of a balanced diet. There are, in principle, no good or bad foods. The decisive factor, instead, is the proportions in which individual foods are consumed. The use of nutrition and health claims is already regulated by various national and European provisions, and should not additionally be linked to nutritional profiles the formulation of which the provisions of the draft regulation leave largely open and undefined.

We should reject the false dichotomy that seeks to divide food between “good” and “bad” food. The nutritional composition of a food is less important than the quantities and combination of foods eaten. Policy makers should encourage balanced and varied diets, which are essential for well-being. However, this should be done through education rather than regulation.

Account must be taken of the principle of proportionality, which consists in checking the accuracy or truthfulness of the claims made for the product on the basis of the proof provided by the manufacturer. The assessment is based on the principle of proportionality between the extent of the proof required and the impact of the effect claimed, in other words the significance of the impact of the product, or of the constituent for which the claim is made, on the consumer’s physiology and the significance of its health consequences.

Article 10(1) lays down a general ban on health claims, subject to the possibility of authorisation. Accordingly, health claims may only be used if they have been authorised pursuant to the provisions of the regulation. However, this ban goes too far, since it also covers recognised and scientifically proven claims which do not mislead consumers.

The central principle underlying consumer protection policy must be that consumers should have access to accurate, relevant, comprehensible evidence. A proposal that limits the information that may appear on food packaging, except for reasons of accuracy, threatens to undermine much of the work done by the Union in this area.”

If only they had listened.