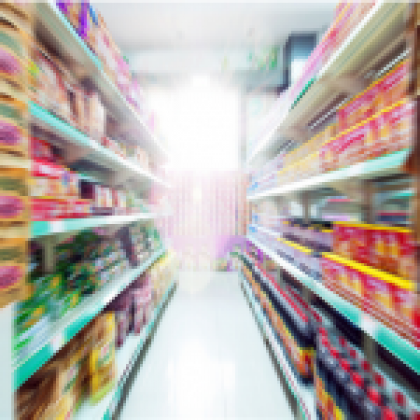 How the European Commission mishandled “its own” Health Claims

Friday the 27th of April 2012 marked the end of an important period during which the European Commission single-handedly collected, prepared, submitted for consultation, and then, following their examination, rejected or legalised the health claims categorised as “based on generally accepted scientific evidence.”

In Health Claims Censored, I explain in detail how the Commission abused its competence and manipulated this process by first “consolidating” the original data provided by thousands of stakeholders and then exposing the “consolidated” data to a copy-pasted version of the “Application for Authorisation” procedure that was explicitly not meant for use by the Commission. The ensuing examination of the “consolidated” data was performed by the European Food Safety Authority (EFSA) under inappropriate orders and terms set by the Commission.

Per the unequivocal wording of the Claims Regulation, the European Commission cannot assume the position of an applicant for authorisation. This position is reserved for food business operators who apply for authorisation of claims based on newly developed scientific evidence. The task that the EU legislature assigned to the Commission is strictly delimited to administrating health claims that, in one way or another, reached the “generally accepted” status. Such claims are part of the “common knowledge,” that can be found in textbooks. They survived the stage of scientific examination and assessment and, in principle, they dont’t have to be re-examined by EFSA.

Contrary to what many believe, food business operators never were in the position to file applications for authorisation of claims in this “generally accepted scientific evidence” category of claims. Business operators may only apply for authorisation of “function” claims based on newly developed scientific evidence. Nevertheless and in good faith, many business stakeholders voluntarily provided “generally accepted” data to the authorities in the various Member States, without having the slightest idea what the Commission would eventually do with their information.

The Health Claims Regulation specifically instructs the Commission to do nothing more than consultEFSA to get an approval or a disapproval of the “generally accepted” status of the concerned health claims. However, this is not what happened. The Commission illegitimately usurped the position strictly reserved for regular applicants for authorisation. Having usurped this position, the Commission gained access to criteria designed for the assessment of original “newly developed” research data, normally presented in food business operators’ applications for authorisation. These criteria are inappropriate and completely redundant in the setting of merely approving or disapproving the generally accepted character of scientific evidence.

Posing as a true applicant, the Commission widened the scope of the limited task assigned to it and, in this respect, to EFSA. However, the Commission failed to widen the scope of the data it submitted for consultation. It kept the information tightly squeezed in the “consolidated” format. Thus, while exposing these claims to the criteria laid down in the full authorisation procedure, it escaped doing what regular applicants must do in presenting newly developed scientific evidence: provide all the relevant information. And so, the Commission achieved that thousands of claims were disapproved by EFSA without it, EFSA, ever having seen all the underlying original data. On request of the European Commission EFSA did a full assessment of information that had been surgically emasculated by that same Commission.

The Commission’s maladminstration of this process eventually led to an unprecedented destruction of valuable knowledge in the field of nutrition and health. Most likely, this information must be considered as lost forever, because it will never again emerge in the European Union’s public registers of State-censored information permitted for use in communication aimed at consumers of foods and food supplements.