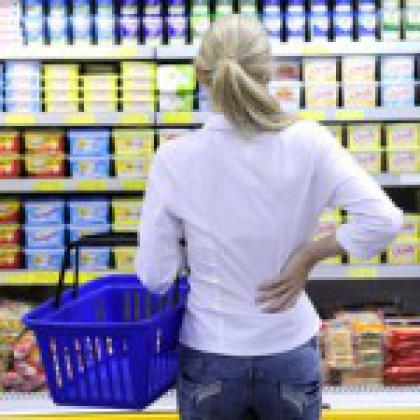 “Scientific substantiation should be the main aspect to be taken into account for the use of nutrition and health claims and the food business operators using claims should justify them.”

That’s what the European Nutrition and Health Claims Regulation tells us. The Regulation also tells us that, by surrendering a claim’s scientific justification to the European Food Safety Authority and the European Union for verification and authorisation, the business operator abandons his ownership of the health claim and its justification. Even when an operator makes use of the Regulation’s “proprietary data” clauses, he still abandons ownership, because all that he may hope to get from the new owner, the European Union, is a decision “to restrict the use of the claim in favour of the applicant.”

The Claims Regulation arranges that the claim, after its verification and authorisation, shall not be returned to its original provider, i.e. the business operator who justified the claim. Once submitted or applied for, the claim and its substantiation become public goods, the distribution (authorisation) or non-distribution (rejection) of which is completely controlled by the European Union. All claims that have not been submitted are a priori prohibited. Only health claims published in the public register may be used in commercial communication. The fact that the commercial communication itself is private – originating from and belonging to a business operator – doesn’t turn health claims used in it into private goods.

By absolutely and unconditionally prohibiting the distribution of health claims as private goods, the Claims Regulation turned the food business community into the provider of public goods (authorized health claims), with EFSA, the European Commission, the Member States and the European Parliament arbitrating which of these goods (health claims provided by business operators) deserve the status of “public goods.” Claims “justified” as sufficiently “public” may then be used in commercial communication.

In the case of health claims, the individual relationship between, on the one hand, the original “provider” of the claim (the food business operator justifying the claim) and, on the other hand, the claim’s users (allfood business operators capable of marketing the food, food category or food component that produces the claimed effect) as well as the claim’s eventual recipients (the consumers), is uncoupled altogether. This is how knowledge is confiscated and – if not restricted – redistributed at no cost for all users/recipients except for the user of the claim who is also the claim’s justifier. No compensation whatsoever is given to the provider of the claim. Neither for his work involved in organizing the claim’s justification, nor for the – sometimes considerable – costs involved in producing its scientific substantiation.

Providers of health claims thus become “suckers.” All commercial users of a claim not involved in providing its justification – the sucker’s competitors – become “free riders.” They may exchange their goods with consumers without having to incorporate into the retail price of their goods the costs borne by the “sucker”-provider of the justification of the claim. This is how consumers also get health claims for free and become “free riders.” No member of the public is excluded from “acquiring” at no cost the knowledge that is “used” in the commercial communication accompanying the good (food product) required to produce the claimed health benefit. All one has to do to receive the public good – the health claim used in the commercial communication – is read a product’s label or advertisement. There’s no requirement to make an actual purchase. When a consumer does make the purchase, he doesn’t purchase the health claim. He purchases the good and the good’s benefit. The cost of the health claim’s justification is not included in the price of the product and its benefit.

When defining the term “public” in terms of “exclusion,” “public” means that no member of the general public shall be unequally, disproportionately or discriminatorily excluded from receiving public goods. A health claim is not “excludable” since any business operator can use it and any consumer can pick up a product and read the label. Only the claim’s benefit is excludable because the product must be purchased before the benefit can be enjoyed. This “exclusion cost” can vary from insignificant to unsurmountabe, depending on the cost of producing and marketing the good and the financial capacity of the consumer. The costs of providing and justifying a health claim form no part of a product’s “exclusion costs.”

When the costs of producing a health claim are uncoupled from the costs of producing the relevant good, the “exclusion costs” of the claim – being zero – will drop to the level of producing and marketing the good. Economically speaking, it is only in mass production and mass marketing that “exclusion costs” will drop to its lowest possible level. This economic law will drive health claims in the direction of mass-marketed goods. Inevitably, fewer and fewer small and medium size business operators, unable to compete with producers of mass-marketed food-products, will be prepared to be “suckers.” The number of applications for health claims applied for by business operators will drop.

Only manufacturers of mass-market products will be interested in and have the capacity of distributing a relatively limited range of goods that produce a limited number of health benefits to a great number of consumers. These manufacturers will not become “suckers” because the number of “free riding” competitors capable of mass-marketing is limited. In addition, the relative value that health claims add to the commercial communication of mass-marketed food-products is very limited. In view of this, it is a myth that the Claims Regulation will improve and widen dietary choices.