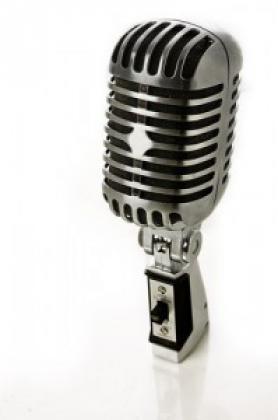 Freedom of Speech. But, who does the talking?

Some argue that the EU Nutrition and Health Claims Regulation does not violate the freedom of speech principle. Their greatly sounding narrative is that the Regulation is no more than an ordinary regulation, that sees to it that no false health claims shall be used in advertising. The Regulation is fine, even necessary, because it protects consumers. After all, so goes the story, there was a health claims “jungle” in which consumers were broadly and widely misled by greedy food business operators. So, who could be against protecting consumers against fraudulent speech ?

Such soothing arguments and the well- and not-so-well-meaning people making them miss the point. The “protect-consumer” narrators carefully avoid the fact that in the Health Claims Regulation, the European legislators tell us that they, not the European citizens and certainly not the food business operators, consider themselves the supreme source of speech. This claim on speech supremacy can be made by those who are in charge of the Union, because it and its Members, operate a monopoly on the use of force. For them, freedom of speech means their freedom to speak and theirfreedom to prohibit and authorize speech.

States defend, maintain and exercise the right to use force as well as the right to resist being acted against. For the purpose of exerting unlimited social control, their governments claim, construe, defend and apply an absolute monopoly on the use of force. This is the force that is required to proclaim supremacy in the field of speech, implying the right to prohibit and authorize speech, precisely in the way explained in the NHCR. The Germans call it a “Verbotsysteem mit Erlaubnisvorbehalt.”

In the NHCR, the legislators forged “science” into a weapon of mass destruction of information concerning health and nutrition. Here, the narrative goes that We the Protected should be happy that what we know about the relationships between food and health will now be evaluated by competent scientists working for the European Food Safety Authority (EFSA). These scientists are crowned with authority by the Union, because in assessing the work of their uncrowned colleagues they apply the highest possible scientific standards. They claim scientific supremacy, so that they may determine whether their colleagues who produced the knowledge applied mediocre, inadequate or inappropriate scientific methods. More importantly, the CV’s of EFSA’s scientists do not show the slightest relationship with food business operators. They have nothing but the public interest at heart.

In the framework of the NHCR these scientists’ positive opinions about health claims function as drafts for European Regulations that give these opinions the force of law. This is how EFSA’s scientists prepare and formulate State-authorized speech. At the same time, these scientists’ negative health claim opinions end up in the Union’s dustbin, where they explicitly lack the force of law, so as to prevent that these rejections cannot be opposed in a Court of Law. There’s no clearer example of how the European legislature arranged that it can be acted against when it refuses to authorize speech.

Across the Atlantic, in the American Declaration of Independence, the freedom to speak is defined as an unalienable fundamental freedom. “Unalienable” meaning that this freedom cannot be alienated from the individual person. Not by the State, not by a Court of Law and not by the individual himself. In the American tradition, the freedom to speak is not a right that is granted by a superior giver. It is an unalienable freedom that is embedded in each individual. It is “within us.”

This is why the First Amendment to the American Constitution states: “Congress shall make no law respecting an establishment of religion, or prohibiting the free exercise thereof; or abridging the freedom of speech, or of the press; or the right of the people peaceably to assemble, and to petition the Government for a redress of grievances.” Speech, in America, is not the legislators’ domain.

In 1928, Associate Justice to the US Supreme Court Louis Brandeis explained the American view as follows: “The makers of our Constitution undertook to secure conditions favorable to the pursuit of happiness. They recognized the significance of man’s spiritual nature, of his feelings and of his intellect. They knew that only part of the pain, pleasure and satisfactions of life are to be found in material things. They sought to protect Americans in their beliefs, their thoughts, their emotions and their sensations. They conferred against the government, the right to be let alone,” which Brandeis defined as “the most comprehensive of rights and the right most valued by civilized men.”

The “founders” of the European Union followed an opposite course. When, in 2000, they enacted the Charter of Fundamental Rights of the European Union, they defined the freedom of expression as a right. In Article 11 of the Charter they wrote: “Everyone has the right to freedom of expression. This right shall include freedom to hold opinions and to receive and impart information and ideas without interference by public authority and regardless of frontiers.” They also stated in the Charter’s preamble, that the enjoyment of these rights “entails responsibilities and duties with regard to other persons, to the human community and to future generations.”

In view of this “enjoyment” they specified in the Charter that the Union would inter alia reaffirm the European Convention for the Protection of Human Rights and Fundamental Freedoms. Under Article 10, this Convention provides that, exercising the right to freedom of expression, “since it carries with it duties and responsibilities, may be subject to such formalities, conditions, restrictions or penalties as are prescribed by law and are necessary in a democratic society, in the interests of national security, territorial integrity or public safety, for the prevention of disorder or crime, for the protection of health or morals, for the protection of the reputation or rights of others, for preventing the disclosure of information received in confidence, or for maintaining the authority and impartiality of the judiciary.”

According to EU’s Human Rights Convention, the European Union may make laws that abridge the freedom of expression. No wonder that the Union reaffirmed the Convention in its Charter.

It is the power to abridge the freedom of expression that the European legislature used to take control over speech entailing health claims. Still, one wonders what health claims have to do with democracy, national security, territorial integrity, public safety, disorder, crime, protection of health or morals, the reputation of rights of others, disclosure of confidential information or the authority and impartiality of the judiciary.

Narrators who tell us that placing health claims under the control of the Union has something to do with the protection of health demonstrate a painful lack of knowledge of European case law. Examining the Complaint that was filed by the European Commission against Austria for applying a “Verbotsystem mit Erlaubnisvorbehalt” in the field of health claims, the Commission, yes, the Commission, the Court and its Advocate General meticulously deconstructed this argument, when it was brought up by the Austrian government in defense of its practice to subject all health claims to a general prohibition and a subsequent procedure of State-approval. [I]

In Case C-221/00, the Commission, yes, the Commission, argued that “It is true that the Court permitted making the bringing on the market of certain food products, in particular those containing additives, dependent on an authorisation procedure. It should however be borne in mind that the Court onlyconsidered such a procedure as permissible on grounds of protection of public health. […] This case however concerns food products that are not harmful to human health and that bear certain health-related statements, so that on this ground [of Public Safety] the mentioned case law [permitting an ex ante authorisation procedure] cannot be applied.”

“It is not easy to state precisely the circumstances in which the health of a consumer may be endangered [by a health claim]. The only example which the Austrian Government has given, the claim ‘good for your health’, is difficult to assess without knowing the context of those words. If that information occurs on the labelling of a bag of apples, I really do not see how even a vulnerable consumer could suppose that a visit to the doctor can be postponed simply by eating apples. If the claim appears on the packaging of a food supplement which may be marketed as a foodstuff, such an effect can more readily be envisaged. However, even in that situation health will only be at risk if consumption of such supplements is at the expense of a balanced diet.” [II]

“It will therefore be necessary to determine, taking into account all the relevant circumstances of the case, whether a particular statement constitutes a genuine risk to public health.” [III]

“The combination of a far-reaching general prohibition of any health-related information and an onerous authorisation procedure is not, in my view, proportionate to the desired objective. I would point out in this connection that the risks to public health to be prevented are residual risks.” [IV]

Eventually, the Court followed the Advocate General’s opinion and honoured the Commission’s Complaint by holding that:

“[…], it is clear that the protection of public health, assuming that risks relating thereto are nevertheless conceivable in a particular situation, cannot justify a system as restrictive of the free movement of goods as that which results from a procedure of prior authorisation for all health-related information on the labelling of foodstuffs, including those which are manufactured lawfully in other Member States and are in free circulation.”

“Less restrictive measures exist for the prevention of such residual risks to health, such as, for example, an obligation on the manufacturer or distributor of the product in question, in the event of any uncertainty, to furnish evidence of the accuracy of the facts mentioned on the labelling […].” [V]

According to the European Commission, the European Court of Justice and its Advocate General, a “Verbotsystem mit Erlaubnisvorbehalt” such as the one embedded in the NHCR cannot be defended on the basis of the argument that it protects human health, because the risk that a health claim might cause physical harm is residual. None of the other grounds provided in the Convention to restrict the freedom of expression could possibly apply to the freedom to express health claims. Therefore, the European Union overstepped the bounds laid down in the European Human Rights Convention when it prescribed by law the formalities, conditions and restrictions that annihilated the freedom to express health claims.