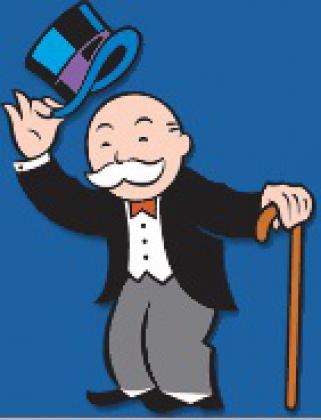 The first official proposal for the Nutrition and Health Claims Regulation (NHCR) was published on the 16th day of July 2003. [I] Nine years later, and 5 years after the Regulation had entered into force, the European Commission sent a Discussion Paper to the Member States regarding a serious legal problem that had existed all these years. [II] The Commission formulated the problem as “the current different legal treatment of botanicals in foods and medicines legislation with respect to health claims / therapeutic indications.”

The discriminatory constraint grants business operators in the medicinal products market the right to exert a monopoly of a commercial character by granting these operators’ traditional use claims privileged and practically unhindered acces to the Internal Market. Such, with absolute prejudice to equivalent traditional use claims used in commercial communication concerning food. The monopoly kills competition and for this reason alone it violates European antitrust principles.

Paragraph 1(d) of Article 101 of the Treaty on the Functioning of the European Union (TFEU) explicitly prohibits “all agreements between undertakings, decisions by associations of undertakings and concerted practices which may affect trade between Member States and which have as their object or effect the prevention, restriction or distortion of competition within the internal market, and in particular those which … apply dissimilar conditions to equivalent transactions with other trading parties, thereby placing them at a competitive disadvantage.” (emphasis added)

In this case, the dissimilar condition and the competitive disadvantage arise as a result of what the Commission has clearly qualified as the “different treatment” of traditional information in commercial speech. This dissimilar condition came into being with the enactment of the NHCR, which explicitly and unconditionally denies food business operators entitlement to an unhindered market entry for technically and legally equivalent traditional health claims.

What makes traditional health claims and traditional medicinal claims technicaly and legally equivalent ? First of all, equivalence exists when the claims concern the traditional character of the use. Tradition is generally defined as “the passing down from generation to generation of the same customs, beliefs, etc, especially by word of mouth.” In human populations, the “generation time” typically ranges from 20 to 30 years. Therefore, traditional use must go back more than 20-30 years.

The 2nd equivalence criterion concerns the establishment of the truthfulness of commercial information that is based on or refers to a tradition. In the case of information concerning traditional use, the demonstration of truthfulness requires e.g. bibliographical evidence, describing or documenting the tradition. It may also require evidence written by recognized experts in the field of a particular tradition.

What matters here is that the evidence shall be unbiased and based on adequate facts. This brings into play the integrity of the authors and publishers of the bibliographical data and/or of the experts who write reports or monographs about a certain tradition. An inquiry into the authors/experts’ beliefs, opinions and interests and possibly a “cross examination” may be relevant in case of doubt. Anyway, equivalence exists when information meets the evidential requirement that establishes the truthfulness of a description of a tradition.

Fortunately, the Commission is aware of the fact that perfectly equivalent information used in commercial speech is treated differently in the adjoining fields of legislation that organize the competing food- and pharma-markets. It formulated the problem as follows:

“As regards botanical substances, Member States and stakeholders expressed concerns as regards the difference in consideration given to the evidence based on ‘traditional use’ on the one hand under Regulation (EC) No 1924/2006 in relation to health claims and on the other hand under Directive 2001/83/EC […] relating to medicinal products for human use concerning the use as traditional herbal medicinal products. Since the Commission considers that these concerns are relevant and require further reflection and consultation, a decision on claims relating to botanical substances should only be taken once those steps have been completed.” [III]

In its Discussion Paper, the Commission writes that health claims “need to be authorised by the Commission and Member States, after an assessment of their scientific substantiation by EFSA and under the scrutiny of the European Parliament and the Council. As explained in EFSA’s guidance documents, EFSA reviews the totality of the scientific data provided, including handbooks and monograhs, to see if they contain data from which conclusions can be drawn (pertinent data) for the scientific substantiation of claims. However, EFSA considers human studies as essential for the substantiation of claims, given that such studies allow the drawing of scientific conclusions at the highest possible standard. In this context, evidence of ‘traditional use’ alone cannot be considered sufficient to prove the substantiation of a claim.”

The Commission observes that “[b]ecause of the consideration given by EFSA to the evidence related to ‘traditional use’, no claim on botanicals based on this kind of evidence alone has obtained a positive assessment so far. On the contrary, […], evidence of traditional use is given a different consideration in the case of THMPs [Traditional Herbal Medicinal Products].”

In the “simplified traditional use registration,” that must be followed in the case of applications for THMPD’s, human studies are not asked for. Instead, the applicants are requested to provide bibliographical or expert evidence demonstrating the traditional use and the plausibility of the pharmacological effects or efficacy. In line herewith, registered THMPs must bear the following sentence in the labelling and package leaflet: “The product is a traditional herbal medicinal product for use in specified indications exclusively based upon long-standing use.”

In the words of the Commission: “Considering that the different requirements in these two areas of EU law can lead to important differences in the level of information that is provided to consumers on products apparently similar, the Commission decided to launch a reflection on whether this difference should be maintained or not.” The “different treatment” at issue produces a situation that economists describe as asymmetrical information.

In its Discussion Paper, the Commission asks the MS’s whether they feel that the current different legal treatment that produces this disadvantage for consumers, is “justified and should be maintained.” The answer is amazingly simple: “No ! That different treatment is not and cannot be justified.”

[I] Proposal for a Regulation on nutrition and health claims made on foods. Brussels, 16.7.2003; COM(2003) 424 final 2003/0165 (COD).
[II] Discussion Paper on Health Claims on Botanicals used in Foods.
[III] Recital 5 in Commission Regulation 536/2013 of 11 June 2013 amending Regulation (EU) No 432/2012 establishing a list of permitted health claims made on foods other than those referring to the reduction of disease risk and to children’s development and health.