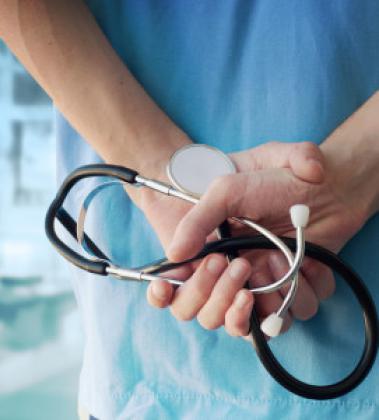 EFSA’s Blow to the Nutritional Management of Disease

In accordance with the upcoming Regulation 609/2013/EU, food business operators and medical doctors can help “patients with a limited, impaired or disturbed capacity to take, digest, absorb, metabolise or excrete ordinary food or certain nutrients contained therein, or metabolites” and “patients with other medically-determined nutrient requirements” by way of Foods for Special Medical Purposes (FSMPs). In both categories of patients, FSMPs become relevant when the dietary management of either the “limited, impaired or disturbed capacity to …” or “the medically-determined nutrient requirement” … “cannot be achieved by modification of the normal diet alone.”

The key words in this definition of FSMP are the last ones: “… cannot be achieved by modification of the normal diet alone.” This, and no more than this, is the regulatory threshold for market entry of FSMPs. It is the impossibility, difficulty or impracticality to modify an individual patient’s normal diet alone. “Alone” meaning to the exclusion of dietary management involving foods that do not form part of the patient’s normal, i.e. usual, regular, typical diet, i.e. the food that is normally used by the patient.

To be precise, the “dietary management” does not concern the modification of “ordinary food.” The term “ordinary food” is relevant only in the description of the 1st group of patients mentioned in the definition and only so in that these patients are defined as suffering from “a limited, impaired or disturbed capacity to take, digest, absorb, metabolise or excrete ordinary food or certain nutrients contained therein, or metabolites.” What matters in terms of defining an FSMP and allowing its market entry is that this incapacity cannot be remedied by a “modification of the normal diet alone.”

In Art.2(a) of Directive 2002/46, the EU legislature defined food supplements as “foodstuffs the purpose of which is to supplement the normal diet and which are concentrated sources of nutrients or other substances with a nutritional or physiological effect, alone or in combination, […].” By legal definition, foodstuffs that supplement the normal diet do not form part of it. This becomes even clearer when one considers the Directive’s 2nd Recital, in which the EU legislators state that food supplements are food-products “containing concentrated sources of nutrients and presented for supplementing the intake of those nutrients from the normal diet.”

In its recently published Scientific and technical guidance on foods for special medical purposes in the context of Article 3 of Regulation (EU) No 609/2013, the Panel single handedly uprooted the legal landscape formed by the Food Supplements Directive and the adjacent Regulation on food intended for infants and young children, food for special medical purposes, and total diet replacement for weight control. Although neither the NDA Panel nor the EFSA are co-legislators with delegated power to change, amend or interpret EU legislation, the Panel took the liberty of reformulating the last crucial words of the legal definition of FSMP as follows:

Instead of applying the long-standing positively formulated legal definition of FSMP, the Panel deconstructed the definition by vacuously inflating it with a statement that implies that foodstuffs are everything except when they’re foodstuffs called FSMP’s.

In its Guidance, the NDA Panel explains that its work was performed in answer to questions that the European Commission may ask to determine whether a product complies with the aforementioned legal definition of FSMP provided in Article 2.2(g) of Regulation 609/2013. More in particular, the Panel states that “[n]ational competent authorities have reported that application of the current legislative framework applicable to FSMPs is becoming challenging, that it may differ from one Member State to the other and that particular attention has to be paid to the definition of these products.” (emphasis added)

Then, the Panel observes: “Given the abovementioned difficulties related to the application of the current FSMPs legislative framework, in particular with respect to the product definition (which has been maintained in the [FSMP] Regulation), it appears evident that Article 3 of the [FSMP] Regulation will be of particular relevance for these products in the future.” This Article 3 empowers the Commission to “decide, by means of implementing acts: (a) whether a given food falls within the scope of this Regulation; (b) to which specific category of food referred to in Article 1(1) a given food belongs.”

That the definition was “doing fine” and did not require any adaptation in view of alleged difficulties arising from its application by national authorities was confirmed by the EU legislators in Recital 15 of Regulation 609/2013, where they explicitly state that “[e]xperience has shown” that the provisions laid down in Directive 1999/21/EC “ensure the free movement” of FSMPs “in a satisfactory manner, while ensuring a high level of protection of public health.” According to the Union’s legislators, in said Recital, it is therefore appropriate that this Regulation focuses on the general compositional and information requirements for FSMPs, taking into account Directive 1999/21/EC.

When Member States report that they have difficulties in applying a fully harmonized satisfactory definition of FSMP, they are either incompetent or they don’t want to apply the definition. Since the NDA Panel qualifies the complaining national authorities as “competent,” what remains is stubborn unwillingness. This resistance finds it origin in the fact that some national authorities bluntly seek to prohibit food business operators from making legitimate use of the Union-given possibility to market food products that serve the purpose of nutritionally managing a patient’s dietary needs in case those needs cannot be achieved by modification of the normal diet alone.

When competent national authorities report that the application of an otherwise satisfactory harmonized legal definition of a certain category of products results in different outcomes in Member States, these outcomes are the result of the application of different political, economic or other standards. One of these standards is that, contrary to the definition provided in the Food Supplement Regulation, food supplements are classified as foods that form part of the normal diet. By twisting the definition of food supplement, national authorities seek to prevent market entry of products for special medical purposes comprising legitimate and safe nutrients and other physiologically active substances that are also embodied in food supplements. As if the Food Supplement Directive and the FSMP Regulation are exclusionary instead of complementary.

According to the European Commission, said Directive and Regulation are complementary and co-existential. During the meeting of the Standing Committee on de Food Chain and Animal Health of 1 February 2012, an exchange of views took place regarding the possibility to place legally on the market – in the same Member State and/or in different Member States – similar or identical products as food supplements and as food for special medical purposes simultaneously.

The minutes of this meeting tell us: “The Commission pointed out that all characteristics of the products should be taken into account (composition, labelling, presentation…) when classifying products as food supplements or food for special medical purposes. In theory, it is possible that products with the same composition, when in conformity with all the requirements of the applicable legislation, coexist on the market at the same time as food supplement and as food for special medical purposes. However, a strict and consistent interpretation of the relevant definitions should in practice not lead to such a situation as food for particular nutritional uses are by definition different from normal foods including food supplements.”

So, when food business operators apply the relevant conditions laid down in the applicable regulations, products with the same composition can be marketed in adjacent markets regulated by different legal frameworks. This is because in the classification of such products, not only their composition (ingredients), but also their labelling and presentation must be taken into account. It is in the labelling, presentation and stated intended normal use that food supplements and FSMP’s containing similar ingredients become categorically different. In accordance with the conditions laid down in the Food Supplements Directive, the stated intended normal use of supplements is … supplementation of the normal diet. In accordance with Regulation 608/2013, the stated intended normal use of FSMPs concerns their use in the dietary management of patients suffering from “dietary “difficulties.”

The main objective of the NDA Panel’s Guidance is “to assist in the preparation and presentation of well-structured dossiers in the context of Article 3 of Regulation (EU) No 609/2013 for food products notified as foods for special medical purposes (FSMPs). It presents a common format for the organisation of the information to be provided and outlines:
– the information and scientific data which may be included in the dossier,
– the key issues which should be addressed in the dossier for EFSA to advise on different aspects that the Commission may consider when taking decisions pursuant to Article 3 of Regulation (EU) No 609/2013, under the proposed use(s).”

Should food business operators, national authorities and the Commission accept and follow EFSA/NDA’s Guidance, they would become entangled in an articial landscape specifically designed to serve the interests of certain anonymous national authorities that resist loyal execution of standing satisfactory European regulations. The result will be that ingredients embodied in food supplements will no longer find their way to patients in the form of FSMPs. Medical supervisors and their patients will thus be deprived of product-related information that would help them in the dietary management of medically-determined nutrient requirements.

Article 367
When did you stop beating your wife !?!?
Article 339
Who owns our Health ?
Article 142
The Undesirable Nutrient Profiles
Article 205
The Source from which Sprang the United States of America …
© 2016 Health Claims Censored