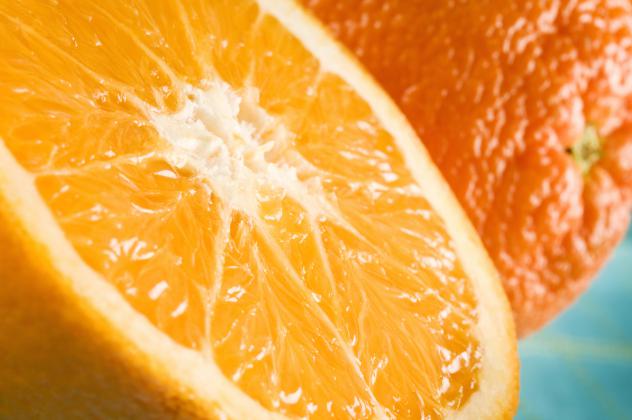 In its 2016 General scientific guidance for stakeholders on health claim applications, the European Food Safety Authority’s NDA Panel stated that “the essentiality of a nutrient is determined by knowledge of its unique ability to reverse clinical signs and symptoms of deficiency, and/or by knowledge of its essential mechanistic role in metabolic functions.” [i] Clinical signs are commonly defined as signs relating to “the bedside of a patient or to the course of the disease.” They also denote “the symptoms and course of a disease, as distinguished from the laboratory findings of anatomic changes.” [ii] So, there can be no mistake. Essential nutrients play a role in the course of human diseases. In the regulatory framework of the European Union, this has serious consequences.

In the European Medicinal Products Directive 2001/83/EC, medicinal products are defined as “Any substance or combination of substances presented as having properties for treating or preventing disease in human beings,” or, “Any substance or combination of substances which may be used in or administered to human beings either with a view to restoring, correcting or modifying physiological functions by exerting a pharmacological, immunological or metabolic action, or to making a medical diagnosis.” Each of the two definitions – “by presentation” or “by function” – will do. The reversal of clinical signs of deficiency comes under both definitions. So does the consumption of essential nutrients to prevent such clinical signs and/or the reversal thereof.

To treat the symptoms, MSD suggests a “nutritious diet with supplemental ascorbic acid.” For scurvy in adults, “ascorbic acid 100 to 500 mg po tid [perorally – 3x daily] is given for 1 to 2 wk, until signs disappear, and followed by a nutritious diet supplying 1 to 2 times the daily recommended intake. In scurvy, therapeutic doses of ascorbic acid restore the functions of vitamin C in a few days. The symptoms and signs usually disappear over 1 to 2 wk. Chronic gingivitis with extensive subcutaneous hemorrhage persists longer.” Clinical signs of deficiency can be prevented by taking “75 mg po once/day for women and 90 mg po once/day for men.” Smokers should consume an additional 35 mg/day. Five servings of most fruits and vegetables (recommended daily) provide > 200 mg of vitamin C.”

Although EFSA’s statement turns essential nutrients into medicinal products, the definition does not necessarily “activate” EU’s Medicinal Products Directive, because that Directive applies exclusively to “medicinal products for human use intended to be placed on the market in Member States and either prepared industrially or manufactured by a method involving an industrial process.” [iii] As substances not yet embodied in a finished product, essential nutrients escape the application of the Directive. Untouched by the Medicines Directive, essential nutrients remain what are … foodstuffs … components of food.

But, let’s assume that a food business operator places a finished product on the market containing vitamin C in recommended daily dosages of 100 mg. That product fits the 2nd “by function” definition of medicinal product, since it may be used “with a view to restoring, correcting or modifying physiological functions by exerting a pharmacological, immunological or metabolic action.” Does the Medicinal Products Directive apply ? In its often cited “Garlic” Judgment, the European Court of Justice (ECJ) determined that the Directive does not apply when a product provides a nutrient or botanical compound in a daily dosage that is lower than the dosage one can ingest by the normal consumption of a balanced and varied diet. [iv]

On its website, the American National Institute of Health states that, “[a]ccording to the 2001–2002 National Health and Nutrition Examination Survey (NHANES), mean intakes of vitamin C are 105.2 mg/day for adult males and 83.6 mg/day for adult females, meeting the currently established RDA for most nonsmoking adults. Mean intakes for children and adolescents aged 1-18 years range from 75.6 mg/day to 100 mg/day, also meeting the RDA for these age groups.” [v] According to MSD, “five servings of most fruits and vegetables (recommended daily) provide > 200 mg of vitamin C.”

So, in spite of the fact that this “100 mg vitamin C per day” product meets the “by function” definition of medicinal product, it would still have to be be classified as a food supplement, since it provides a daily amount that falls well within the “food matrix.” But, what if its manufacturer would present it as “having properties for treating or preventing clinical signs of vitamine C deficiency, such as fatigue, depression, and connective tissue defects (eg, gingivitis, petechiae, rash, internal bleeding, impaired wound healing” ? In that case, the product would clearly fall under the first “by presentation” definition of medicinal product. And since the ECJ determined that the concept of the “presentation” of a product must be “broadly construed,” the Medicines Directive does apply no matter what. [vi] The “Garlic” Judgment has no limitating effect in “by definition” cases.

According to EFSA in the aforementioned Guidance, “[t]he recognition by the scientific community of the essentiality of individual nutrients first took place in the early decades of the last century and is based on a large body of scientific evidence, which includes case reports of clinical signs and symptoms of deficiency (e.g. during long-term total parenteral nutrition), depletion–repletion studies in humans, invasive animal studies and meticulous in vitro studies, among other evidence. In this context, information about the essentiality of nutrients cannot be obtained from randomised controlled trials (RCTs), which are at the top of the hierarchy of evidence for the scientific substantiation of health claims for two reasons: i) RCTs in most nutrient-deficient subjects are unethical, and ii) RCTs in nutrient-replete subjects are unsuitable because the body functions for which the nutrient is required will not be modified by higher intakes […].”

If RCT’s are unethical – and therefore unsuitable – in the context of substantiating health claims, they are equally unethical and unsuitable in the context of substantiating medical claims. Besides that, the essentiality was recognized a century ago, so what’s the use of “RCT-ing” a claim that is firmly based on a vast body of well established generally accepted scientific evidence. This means that the requirements for obtaining a marketing authorization for “by presentation” medicines that inform consumers about the unique ability to reverse clinical signs and symptoms of a deficiency in the essential nutrient(s) embodied in that medicine are similar to those required for the obtaining of an authorization for a traditional medicinal product. The “simplified registration procedure” applies. [vii]

For traditional medicinal products, bibliographical and/or expert evidence demonstrating “in particular [that] the product proves not to be harmful in the specified conditions of use and the pharmacological effects or efficacy of the medicinal product are plausible on the basis of longstanding use and experience” is all that is required. [viii] For medicinal products containing essential nutrients, the same requirements would have to demonstrate the unique essentiality of the nutrients involved. The safety requirement would be the easiest part of such a dossier, because reference can be made to the Lists of vitamins and minerals attached to the European Food Supplements Directive. [ix] Any randomly selected nutritional expert will find no problem in digging the relevant bibliograpic evidence out of the large body of well established scientific evidence and showing in addition that the use of essential nutrients to treat and prevent clinical signs of deficiency symptoms is widely accepted by public health authorities around the world. In terms of recommended dosage, the expert would only have to make reference to the official Recommended Daily Allowances, since these daily dosages are specifically set for the purpose of treating or preventing deficiency symptoms in the general population.

This is how, in the European Union, food business operators who would wish to inform consumers about the essentiality of essential nutrients are coerced to redefine and “reformulate” those foodstuffs as medicinal products. Would they do this without first having obtained a marketing authorization for such products, they wil be heavily fined, possibly into the hundreds of thousands of Euros. After all, the Union’s Food Law provides that ­– in spite of the recognition by the scientific and public health communities that essential nutrients prevent, treat and cure clinical signs of deficiency – food information “shall not attribute to any food the property of preventing, treating or curing a human disease, nor refer to such properties.” [x] Informing consumers about the essentiality of foodstuffs is illegal. Such “food information” may only concern medicines.

“Let food be thy medicine and medicine be thy food.”

Not so in the European Union.